Pete Townshend and Roger Daltrey kicked off The Who Hits 50 anniversary tour last night when they performed to a sell out crowd of 60,000 at the Formula 1 after-race show in du Arena on Yas Island in Abu Dhabi, United Arab Emirates. The concert closed out a star studded weekend of music that included Pharrell Williams, and celebrated the victory of the final race where UK hero Lewis Hamilton won his second drivers World Championship.

Pete and Roger were joined by the regular line-up of musicians that made up The Who's touring band for the 2012/2013 Quadrophenia tour, featuring Simon Townshend (guitar), Zak Starkey (drums), Pino Palladino (bass), Frank Simes (keyboards), Loren Gold (keyboards), and John Corey (piano). 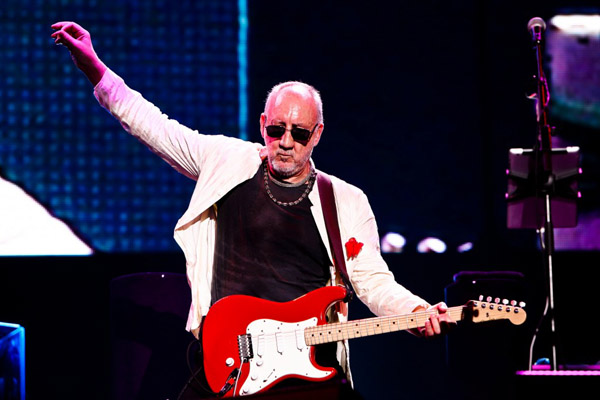 A few days before the event, Pete was interviewed by What's On in Dubai.

Here are a few more online reviews and photos of the show.

The National - The Who cross the generations at du Arena
The National - In first leg of farewell tour, The Who prove they aren’t going gently
K-She 95 - The Who kick off 50th anniversary tour in Abu Dhabi
Martin von den Driesch photography
TripleW.Me The Who: Live in Abu Dhabi