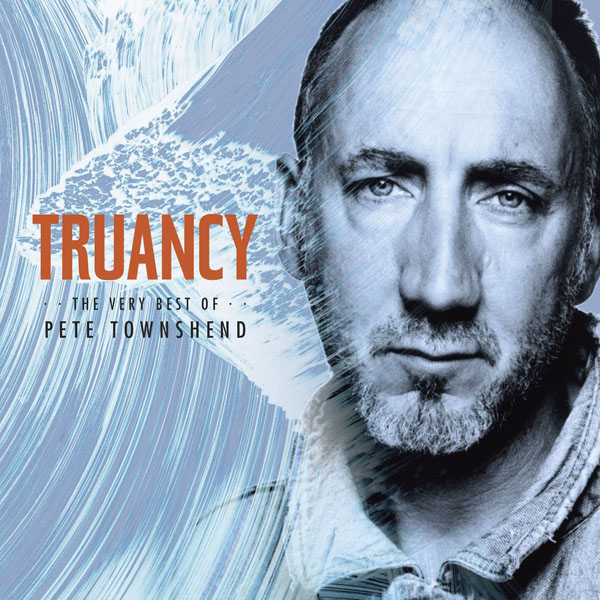 Pete Townshend is releasing Truancy: The Very Best of Pete Townshend, a 17-track solo compilation that contains a couple of brand new songs, Guantanamo and How Can I Help You! The CD will be available on June 29th in the UK, and June 30th in the US.

Pre-order today from Amazon.com and Amazon.co.uk.

Listen to How Can I Help You and Guantanamo!

Here is the press release:

LOS ANGELES, May 18, 2015 /PRNewswire/ -- June 30 sees the release of Truancy: The Very Best Of Pete Townshend as part of a new deal with Universal Music Enterprises (UMe).

The 17-track album features two brand new songs and is part of an extensive reissue program for Townshend's solo material that will see his catalog remastered and reworked running into 2016.

Of the compilation Townshend says, "I hope it offers a selection that works to introduce new fans to my solo work. I am a bit of a dabbler I'm afraid. I am as interested in building, developing and playing with recording studios as I am with making music. The Who has taken up most of my road hours, and in this year of the 50th anniversary of our first significant year in 1965, we are back on the road again."

The two new, previously unreleased songs exclusive to this collection are "Guantanamo" and "How Can I Help You."

Pete Townshend on "Guantanamo": "I thought this song might never see the light of day, but now President Obama has relaxed sanctions in Cuba, it is a happy sign he might go further. Technically this was created in rather a laborious way. I recorded a long organ drone using my vintage Yamaha E70 organ (used many times by me on Who and solo recordings in the past), and then cut it into something that sounded like a song using a feature unique to Digital Performer called 'chunks.' This creates blocks of groups of tracks that can be assembled and disassembled easily, like cutting multitrack analogue tape with a razor blade, but with less blood. The lyric grew out of the implicit angry frustration in the organ tracks."

Townshend again, "'How Can I Help You' was inspired partly by the frustrating emotional difficulties experienced by a valued colleague. He was in great physical pain and it drove him into depression. I performed an acoustic version of the song on my partner Rachel Fuller's webcast show 'In the Attic.' I began this recording with an acoustic guitar, added drum loops and breaks then Gretsch and Rickenbacker 12-string guitars and John Entwistle's hybrid Thunderbird-Fender Precision bass."