It was 50 years ago on August 17, 1969 that The Who performed at the legendary Woodstock Music and Art Fair on Yasgur’s Farm in Bethel, New York. The Who took the stage in the wee hours of the morning, over 8 hours after their scheduled start time the night before, and stunned the crowd of nearly half a million music fans who were lucky enough to witness the show.

They opened with Heaven and Hell and I Can't Explain, before launching into a 40 minute set of Tommy, which had just been released 3 months earlier, so the music was brand new to many of the fans. The sun began to rise at the climax of See Me Feel Me, and Pete continually repeated the refrain of Listening To You to get the full effect of the sunrise, which perfectly enhanced the spirituality of the songs passage and the ending of Tommy.

The Who continued to energize the crowd with rocking versions of Summertime Blues and Shakin' All Over, before closing the set with My Generation and Naked Eye. The 1970 documentary film directed by Michael Wadleigh captured the power of their performance, and propelled The Who to superstardom.

Pete has often said he had a miserable time at Woodstock, due to all the mud, worrying about his wife and baby, getting spiked by acid, watching a drugged out fan fall off a tower, and having to wait so late to go on. He had also booted Abbie Hoffman off the stage, when the Yippie leader interrupted The Who's performance of Tommy to protest the jailing of John Sinclair for possesion of pot. The Who's management had to battle with the organizers of the festival in order to get paid before they would agree to go on. Despite all that, Pete admitted how important the festival was to The Who’s history and legacy in his autobiography Who I Am.

Pete wrote “It would be some time before we realised that our Woodstock performance, which might easily have never happened, would elevate us into American rock aristocracy, where we would remain year after year, even into the twenty-first century. It wasn’t just The Who; everyone who performed at Woodstock enjoyed the mythic status once the film was released. Anyone who had been there on the field enjoyed their own special celebrity. Many who hadn’t been there genuinely felt they had. Woodstock – a crock of shit in the estimation of at least two grouchy folk who had taken the stage: Abbie Hoffman and me – came to represent a revolution for musicians and music lovers. Today there are over 450 music festivals every year in Britain alone. Woodstock became a model for what music gatherings could be. And it was Mike Wadleigh’s beautifully edited film that locked its legacy firmly into place. He even made the mud look good.”

Pete Townshend returned to Bethel, New York in August 1998 and performed a show with his solo band and a gospel choir at “A Day in the Garden” festival to celebrate the 29th anniversary of Woodstock. Pete also appeared on David Letterman to help promote the festival. 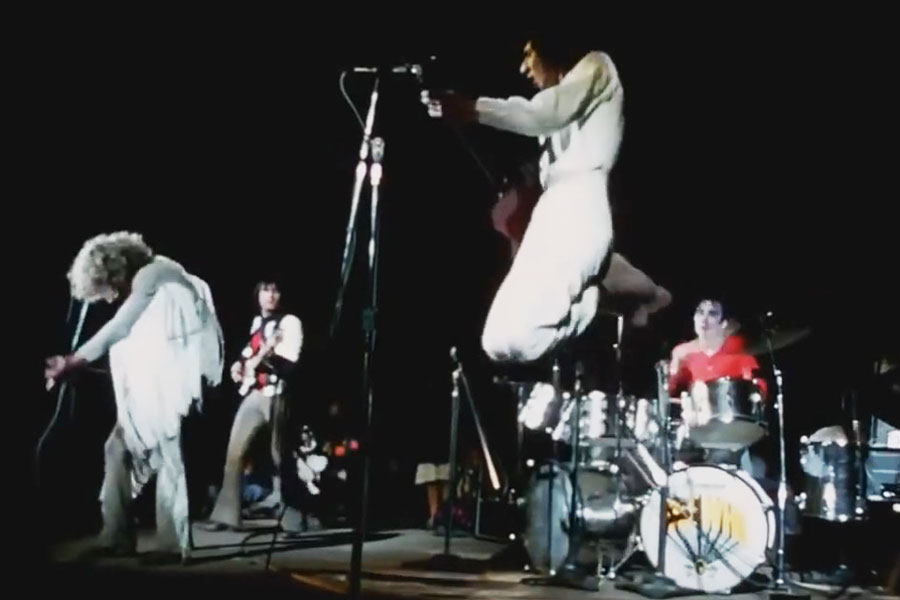