The Who have announced a 2-CD deluxe edition of their 2019 WHO album will be released on October 30, which will include a Yaggerdang remix of ‘Beads On One String’ and a bonus CD of live acoustic tracks recorded last February in Kingston. A 7" vinyl boxset will also be released on December 4th. It's on presale now at your favorite record store!

Pete Townshend and Roger Daltrey performed 4 intimate acoustic concerts to a tiny audience at the Pryzm nightclub in London’s Kingston Upon Thames on Feb 12th and 14th. The backup band included Simon Townshend on acoustic guitar, Jody Linscott on percussion, Phil Spalding on bass, and Billy Nicholls on backing vocals. The shows were designed to help boost album sales of WHO by bundling various album packages with each ticket purchased. These turned out to be their final concerts of 2020. The bonus CD contains songs recorded on February 14, which was the 50th anniversary of Live at Leeds.

The Yaggerdang remix of the beautiful Meher Baba influenced song 'Beads On One String' was produced by Pete Townshend in his studio. The song is now available on all the usual streaming services.

Pete talked about 'Beads On One String' in an interview on Sirius radio last December. "This is a strange one. I was wading through playlists that I hear, when I can listen to radio I do, and I came across this very kind of rinkydink piece of music by a guy called Josh Hunksaker, and he produces, or he did produce, loads and loads of lovely, simple, usually quite happy synthesiser pieces. And suddenly, the words of my Indian master, I followed him since 1967, Meher Baba, came into my head. When he first came to London in 1931, he was interviewed by Pathe News, and they said ‘What are you doing here?’ and he said ‘My message is to bring religions of the world together like beads on one string.’ And I just thought, actually today that is so vital, so pertinent. So I sang along and the song came out. And then surprise surprise, it’s a song that Roger really loved, and the record company really loved. I thought it would be set to one side as kind of a ditty that well ‘That doesn’t sound like The Who’, you know. But people seem to like it.

In a recent statement about his remix of the song, Pete said, "The 'Beads On One String' remix was an adventure to try to recapture some of the subtleties of my first solo demo. I love the studio version, but this remix by Myles Clarke and myself returns to the original synthesiser demo shared with me by my co-writer Josh Hunsacker. I also play bass rather than the genius Pino Palladino (I’ve got some nerve) and we removed the real drums and returned to computer drum tracks programmed by my co-producer Myles Clarke. We also restored Roger’s vocal track to its first incarnation which is more heartfelt. This is a gentler version of this song, less demanding perhaps, less bullying about our need to cut each other space, each on our own path. Why does it need to be more gentle than the album version? Because it must stand alone in a period when each of us is tempted to blame someone else for our troubles, maybe even God whoever we take her/him/both to be. I’m hoping it sounds less rock, and more modern indie-pop to new listeners."

Here is the tracklist of the Deluxe WHO.

Check out our news articles on the WHO album and Kingston shows!

Also in the news this week, Pete commented on the tragic death of Eddie Van Halen, who passed away from cancer on October 6. Pete told Rolling Stone, "It’s completely tragic that we have lost him. He was not just an innovative and stylish player with great taste, he was also a laidback virtuoso showman who just blew us all away every time. Every shredder today has lost their Master Teacher and Guide. As he got older he became more generous and amusing and self-effacing about his enormous gifts. He shared so many tricks through guitar workshops, online and on TV shows. Immense talent. The Great American Guitar Player." 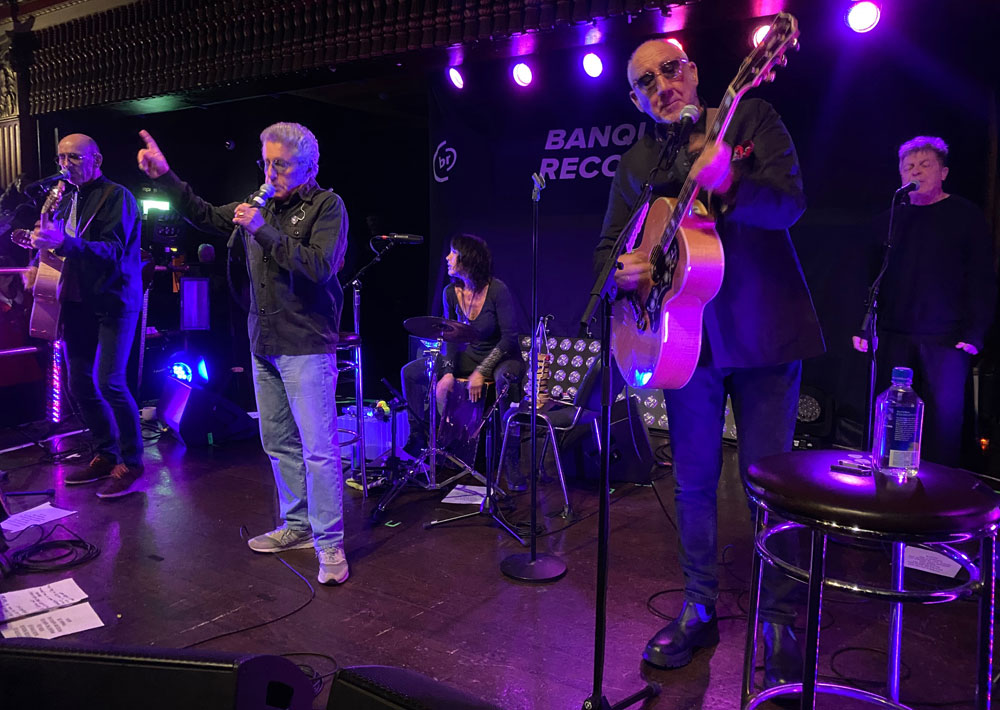