Pete Townshend and Roger Daltrey hit the red carpet at the Riverside Studios in Hammersmith yesterday to talk to the press about the upcoming Tommy (Super Deluxe edition) box set that will be released on November 11, and to view a screening of “Sensation – The Story Of The Who’s Tommy”, a brand new documentary that will be broadcast on BBC4 on October 25 & 26, and BBC America on November 9.

Martin Smith, the producer of the documentary, gave a short talk on the making of the documentary before screening it to the small audience of invited guests. For the documentary, Martin conducted an in-debth interview with Pete (for 4 1/2 hours) on Pete's studio barge, which is now moored at St. Catherine's dock near the Tower of London. Martin is currently finishing up production of a long version of the documentary for a DVD (80 minutes) that will be released in March 2014, which gives more background to the events leading up to the recording of Tommy and more detail of the film and stage show. It also goes into more detail about the album artwork by Mike McInnerney. 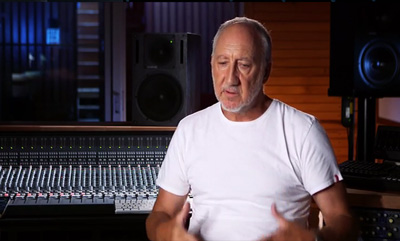 Scene from "Sensation – The Story Of The Who’s Tommy" documentary 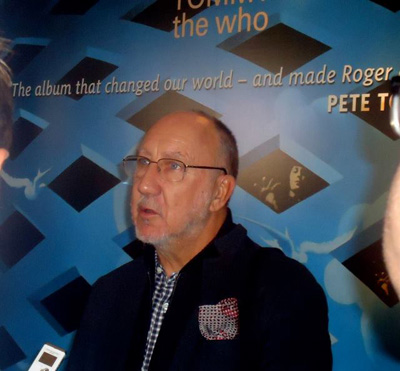 Interviews from the press event are starting to trickle out, including a short audio podcast on Planet Rock, and a few interesting comments to Uncut, including the following:

Uncut: Is there more material in the archive?
Pete: I don’t think there’s much else to screw out of it. Although it’s interesting, when I’m dead and gone, and people start to go through all the paperwork that I gather, when I was writing my book I found I had a huge amount of really interesting paper. Not just press clips, but letters, documents, bills, but lots and lots of hand written notes, letters from Kit Lambert, letters from Keith, letters from Eric Clapton, all kinds of interesting things from right the way through my life. All of that stuff, when it’s curated, will be extremely interesting.

Uncut: It’s The Who's 50th anniversary next year. Do you have any plans to commemorate it?
Pete: We will probably just tour and it’ll probably be the last big tour that we do.