Pete Townshend is one of the featured artists in the documentary In Search of Blind Joe Death, The Saga of John Fahey, which is now available on DVD. Pete’s unedited 30 minute interview is included in the bonus section of the DVD.

Here are a few excerpts from Pete's discussion.

“When I first heard Transfiguration of Blind Joe Death, that was the first [John Fahey] album that I owned, I was deeply struck by it. I don’t think that I heard it until 1966, and my indoctrination into R&B started in 1961, so it would have come quite late. But I don’t think I would have heard anything quite like it. His early work was very formalized. His finger picking reminded me a bit of Chet Atkins, a Nashville style of finger picking. In 1961 I was at art school in Ealing and I’d met John Renbourn, and particularly Bert Jansch. They’re our kind of English similar crumbs for John Fahey. Not quite so primitive certainly. They were eloquent guitar players, John Renbourn and Bert Jansch, together went on to create Pentangle, they were very elegant musicians. And Fahey had none of that elegance. I think what I was struck by, it would be wrong to use the term “primitivism”, you can print that on him backwards. It would be wrong to call it “naïve”, because he felt to me to be a very powerful personality. He seemed to be the kind of folk guitar playing equivalent to William Borroughs or Charles Bukowski. He had that really powerful thing that we look for in American artists or writers. He had a real edge to him. I think that’s why I liked him.

The two chief albums that I really remember, the first one being Transfiguration, being very, very simple, and extremely powerful and elegant and plain, without frills. The second one that I got, the John Fahey one with the Requiems, being extraordinarily experimental. He got away from tempo. It’s difficult to say what characterized him because he went through so many phases. On the first album, on Transfiguration, I suppose what characterized him, that was attractive to me, was simply the repetitive cycling rhythms. It was very pop, it was very rock and roll, it was very R&B. It was cyclic, a lot of repetition in it. On the Requiems, I don’t know, did he do drugs? He may have, like all of us, he may have done a bit of LSD or something, or found a guru. He was much more elaborate, much more experimental.

Did John Fahey ever sing? The transfiguration was that he stopped singing. I’m kind of glad. I don’t think I have ever heard his voice, and I think it might have kind of broken a spell. Because he’s using another language. And do you know what they taught me when I was a kid at art school was that language was going to change, and so I was very alert to that. He created a new language, modally speaking, harmonically speaking. And if that’s not an iconoclast, I don’t know what is really.” 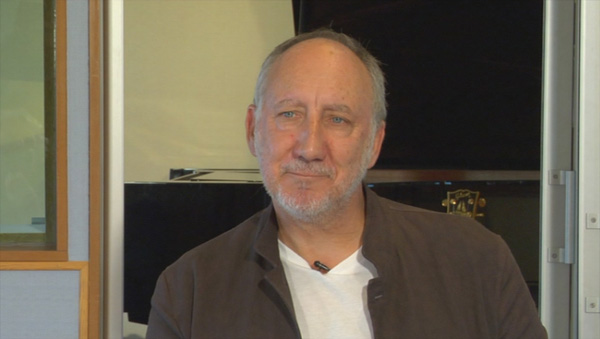