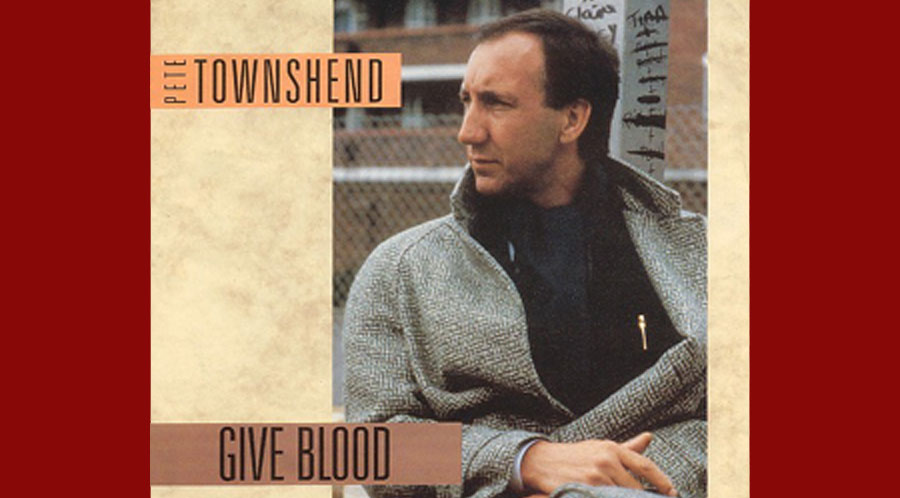 Pete Townshend has given permission for his classic song ‘Give Blood’ to be used by the Global Blood Fund (GBF) to encourage blood donation around the world.

To celebrate World Blood Donor Day on June 14, the charity has released multiple interpretations of 'Give Blood', performed by leading musicians from around the world. The lyrics and music has been reworked in multiple languages and set to animated video to inspire a new generation of blood donors and encourage sharing the message on and around World Blood Donor Day.

The song, which was originally released on Pete’s solo album White City in 1985, has never been used to promote blood donation before.

Pete Townshend commented: “Although it is now more than 35 years since I wrote the song ‘Give Blood’, this is the first time it has actually been used to encourage donation. Shortage of blood around the world is a huge issue, particularly in poorer countries, and so I was delighted to give permission for Global Blood Fund to use my work to help communicate the need for more donors to come forward.”

GBF’s Executive Director, Gavin Evans, explains: “Each year it becomes harder for messages about the importance of blood donation to cut through to the public, even though tens of thousands tragically die because of blood shortages. But with music such an influential part of people’s lives – especially in many of those countries that struggle most to collect enough blood – for 2021 we are using lyrics and melody to highlight the extraordinary impact of donor generosity. Not only do these individuals help save the lives of those in need of a blood transfusion, but the benefit to family, friends and the wider community of helping that patient recover is also profound. Using music as the medium, we think we have some really powerful messaging - and a great set of songs that people will enjoy in their own right.”