Pete Townshend makes an appearance in the new Joan Jett documentary ‘Bad Reputation’. The film chronicles Joan’s forty year career, from her start with the all-female rock band the Runaways, and throughout her work as an influential solo artist.

The documentary, directed by Kevin Kerslake, tells the story with performance clips, archival film footage, and interviews with Joan Jett, her producer and songwriter Kenny Laguna, and a host of well known people including Pete, Bill Curbishley, Debbie Harry, Iggy Pop, and many others.

The film's title comes from Joan's first single and album as a solo artist, Bad Reputation, which was produced at The Who’s Ramport Studios and released in 1980. Pete Townshend had a hand in helping Joan get her solo career started during the recording of it. Joan told the following story to Rolling Stone in an interview from 2016:

“I feel sort of nurtured by the Who. At the end of the Runaways, I was alone, trying to make my way in the world, and I’d just met Kenny [Laguna, Jett’s longtime producer], and he had this idea to go over to the Who’s Ramport Studios and record there, because he had been working there with the Who for several years. After a week or two, we were getting the pressure from my manager to sign this record deal. One day, Pete Townshend dropped by Kenny’s apartment. I happened to be asleep at the time. Kenny spoke to Pete about this record deal, and Pete said it seemed shady. He told us to talk to his manager, Bill Curbishley, because we were in their studio and worried about paying them. Bill just said, “Do what you got to do, and pay us when you can.” I thought it was so generous and wonderful. We were able to pay him back obviously. The Who let us do Bad Reputation in their studios. I had something to play for people. So, to me, it all starts right there with the Who. About three years or so after making Bad Reputation in the studio, we opened for the Who.”

The strong connection between Joan Jett and The Who continues nearly forty years later. Joan was the opening act for many of the shows in 2015 during The Who Hits 50 tour. She also appeared at a couple of charity concerts for Teen Cancer America around that time, performing Summertime Blues and Can’t Explain with Pete Townshend and Joe Walsh at the Rosemont Theatre in Chicago, and opening for The Who at a private event in Los Angeles. Joan also performed at a MusiCares benefit show in New York, when Pete received the Stevie Ray Vaughan award. 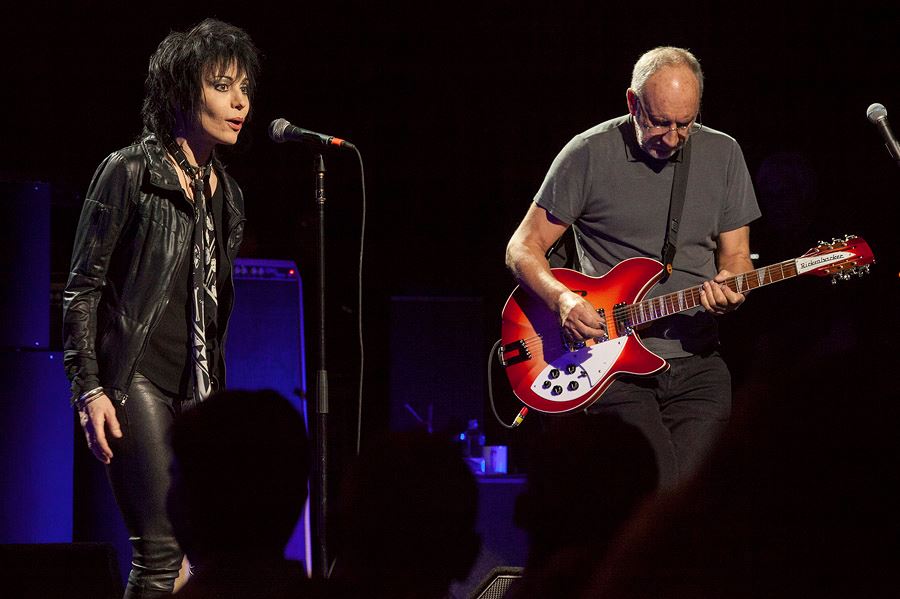 The Joan Jett Bad Reputation documentary premiered earlier in the year at the Sundance Film Festival, and has played at a few festivals and other screenings leading up to the national theatrical release on September 28. Keep an eye out for your local listings later this month. You don't want to miss this!