Pete is one of the featured guest artists on legendary folk artist Roy Harper’s upcoming album entitled Man & Myth, which is scheduled to be released on September 23.  Pete has added lead guitar to a track called Cloud Cuckooland.

Roy Harper was recently interviewed by MOJO magazine’s Editor-In-Chief Phil Alexander on the MOJO Rocks radio show on Planet Rock, who asked Roy about having Pete on the album.  Here is a transcript from that interview.

Phil Alexander: You've always inspired other musicians as we know and...you know.... one of the people that ended up playing with you on this record is Pete Townshend, so how did that come about?

Roy Harper: Well Pete's been a friend for about..I don't know… '67 or something like that…'68. A loose kind of friend…acquaintance. I meet him every now and then and then we meet three or four times, you know on the trot; and in a short period; so it's kind of a friendship that's gone on for a long long time. And of course we're both in some way influenced by each other. And it doesn't really matter because we were all in the same melting pot in the late 60s. You know we were all there doing the same sort of thing and I think we both thought that each other was remarkable. I know we did….I know we did. You know we've had an ongoing relationship recently with e-mails and telephone calls and things, and I just said that….would...I just asked him would you like to play on this track because I just thought it was him. I thought it was a relative of We'll Not (sic) Get Fooled Again.

Phil Alexander: Yeah Yeah… Cloud Cuckooland's the track isn't it, which actually has a go..well at pretty much everybody to be honest.

Roy Harper: Yeah, and you know we had been fooled again, and I'm actually saying that, but it relates to Pete's song really, so I asked him to play on it. That's how it came about. 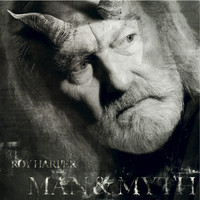