The previews of Tommy at the Stratford Festival in Ontario have been a huge success so far, and the audience was treated to an extra special moment as Pete joined the cast onstage to take a bow Wednesday night. Pete has been in town to help promote the show, which officially opens on May 30.

Pete will be joining Des McAnuff and the cast once again Friday morning, as featured guests on the Q with Jian Ghomeshi radio program on CBC.  So be sure to tune in tomorrow morning! Here is a description from the CBC radio website of what will be on it.

“Live performance throughout the show from the cast of Tommy, a modern remount of the "pinball wizard" rock musical by The Who's Pete Townshend that's currently in previews at the Stratford Festival. Director Des McAnuff, who adapted and directed the production. Pete Townshend, guitarist and songwriter for The Who, on his influence both in rock music and as composer and lyricist of the hit musical Tommy. From Cannes, Quebec director Chloé Robichaux on her film Sarah préfère la course. Elvira Kurt's Cultural Hall of Shame.” 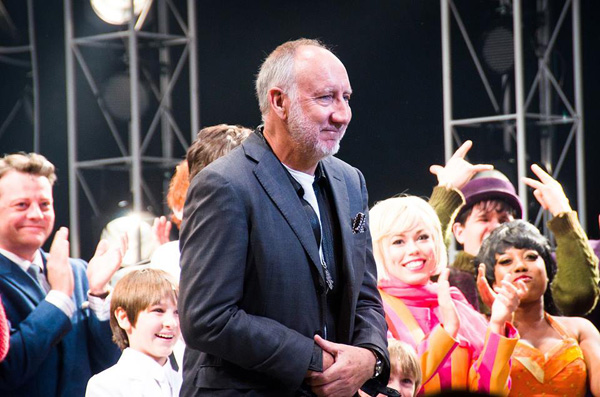