Pete Townshend made a surprise guest appearance at the opening night performance of Martha Wainwright’s UK tour that took place last Wednesday (July 27) at Cadogan Hall in Chelsea, London. Pete emerged from the audience and joined Martha for the final two songs of the show. He accompanied her with his Fender Jazzmaster guitar on a stunning rendition of Joni Mitchell’s classic Both Sides Now, and switched to his trademark Gibson J200 acoustic guitar to close out the night with Martha’s song Factory, from her 2005 self-titled debut album.

Martha had performed Factory with Pete Townshend a few times before back in 2006 and 2007, when she appeared on Rachel Fuller’s ground breaking web series In The Attic, and performed at live Attic Jam shows with Pete and Rachel at Joes Pub in New York and SXSW in Austin. It’s really wonderful that Pete joined Martha once again to help kick off her UK tour! 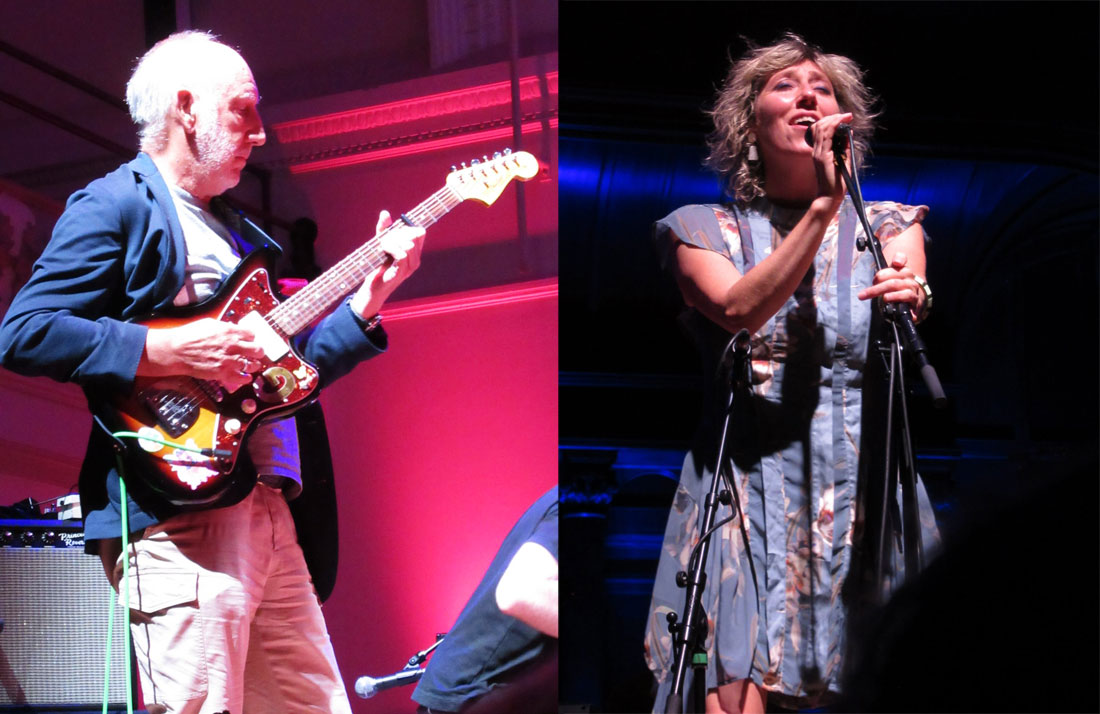