The ground-breaking new stage production of The Who’s Tommy, presented by the New Wolsey Theatre Ipswich in co-production with Ramps On The Moon, is currently touring the UK. As reported earlier, Pete has contributed a new song for the Acid Queen character, as well as a new version of Amazing Journey which opens the show.

Rob Thompson attended the 6th May performance at the West Yorkshire Playhouse in Leeds, and has written the following review of the show.

The Who have always been closely linked to Leeds ever since the recording of their show at Leeds University on 14th Feb 1970 went on to become the classic 'Live At Leeds' album. The main set of the show at this time was still the performance of 'Tommy' which had had a surge in sales following The Who's appearance at Woodstock and their inclusion in the subsequent film.

It is 47 years since that legendary Leeds concert but 'Tommy' has returned to Leeds (minus The Who) in the shape of the stage show, currently on tour, produced by the New Wolsey Theatre Ipswich and Ramps on the Moon companies.

This production utilises the talents of both able bodied and disabled performers and it was this development that led to Pete Townshend composing 2 new songs for the show.

The plot of 'Tommy' will be familiar to anyone who has listened to the original album, seen the film, or any of the stage productions over the years, but how is this one different? Well, the set of the show resembles a huge pinball machine on which images and film can be projected to enhance the story. The first new song opens the show and it is a version of 'Amazing Journey' for which Pete Townshend has written new lyrics. It is sung by an older Tommy and is reflective, looking back at his life revealing a lonely man: "I'm alone, so much lonelier than before. At least back then I thought I knew what life was for..." This song is also accompanied by projected film of the struggles encountered by disabled people, including the recent clip of Donald Trump mocking the disabled reporter.

The plot and musical score then revert to the 'Overture' and Tommy's story begins. William Grint, who is deaf, plays 'Tommy'. As with the other deaf actors in the show, he uses sign language to speak while another actor shadows him and sings the songs. The lyrics are also captioned and can be read above the stage.

Peter Straker plays 'The Acid Queen' brilliantly and it is the first time the role has been played by a man. He was also in the 1979 production where he took the role of narrator. The Acid Queen also has the second new song to sing in Act 2. It comes after Tommy has been 'cured' and is now a celebrity. The Acid Queen has become older and more jaded and is no longer attractive to men. The song centres on The Acid Queen's previous encounter with Tommy in Act 1 and (s)he is trying to sell an exclusive to a reporter eager for a story. The song itself is slower and more reflective. It is more of a 'show' song and it is hard to imagine The Who ever performing it.

There is a little more dialogue in this production to try and help clarify the story and musically it is a mixture of all previous versions. The song 'I Believe My Own Eyes', which had been especially written for the 1994 Broadway show, has been dropped altogether, but there are several nods to the film including 'TV Studio' and the lengthier version of  'Tommy's Holiday Camp', memorable for Keith Moon's large organ!

As a piece of musical theatre 'Tommy' continues to evolve and all credit to everyone involved in putting on this production, which is perhaps more relevant today than ever before. After its run in Leeds the show will move on to Birmingham, London and Sheffield. Details of where to get tickets can be found at rampsonthemoon.co.uk. Catch it if you can! 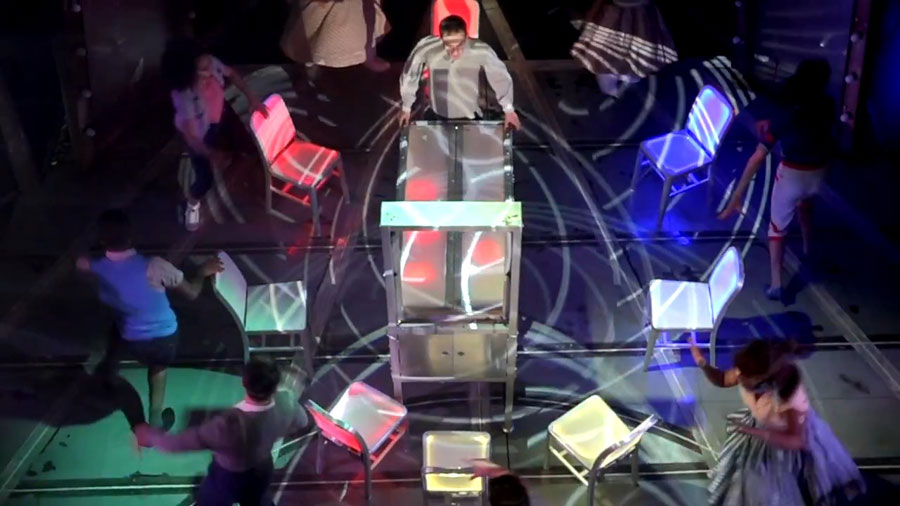