The final two shows in London that were scheduled for Dec 17 and 18  have been postponed to March 22 and 23, due to Roger Daltrey suffering from a throat infection. The final show in Cardiff on Monday was nearly cancelled too, but the band went ahead with the performance as scheduled. The final songs of that show were carried mainly by Pete and the audience, as Roger’s voice finally gave out.

An official statement was released by The Who. “On medical advice singer Roger Daltrey has been ordered to rest his voice due to a throat infection. The band and their management wish to sincerely apologise to all ticket holders for the inconvenience and disappointment this has caused.”

Despite various health issues such as Roger’s throat infection, as well as Pete’s cold and last minute wisdom tooth extraction before the Manchester show on Saturday, the reviews for all the shows were glowing as Pete and Roger soldiered on to turn in powerful performances every night. The setlists were just what fans wished for, changing every night and including many rarely performed gems from the bands deep 50 year old catalog. Pete was on fire throughout the tour, and was supported by an awesome backing band who helped reproduce the energy of the original songs. This tour has the makings for something really special, as it moves into the next leg in the US this spring, following the postponed London shows in March.

To view photos, setlists, videos, and reviews for all the UK shows, please check out The Who Hits 50 tour pages! 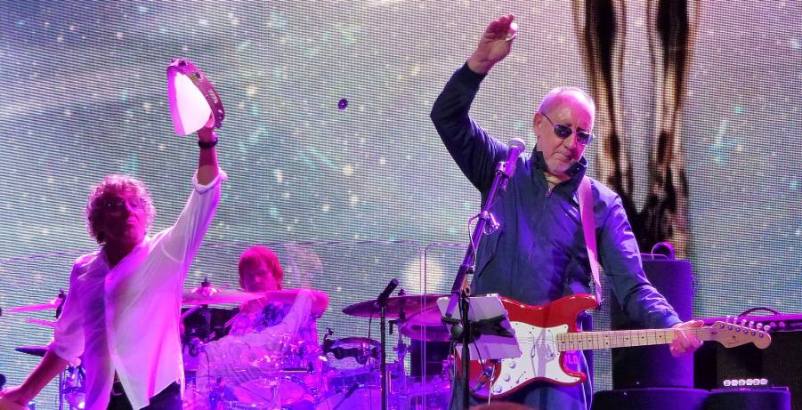