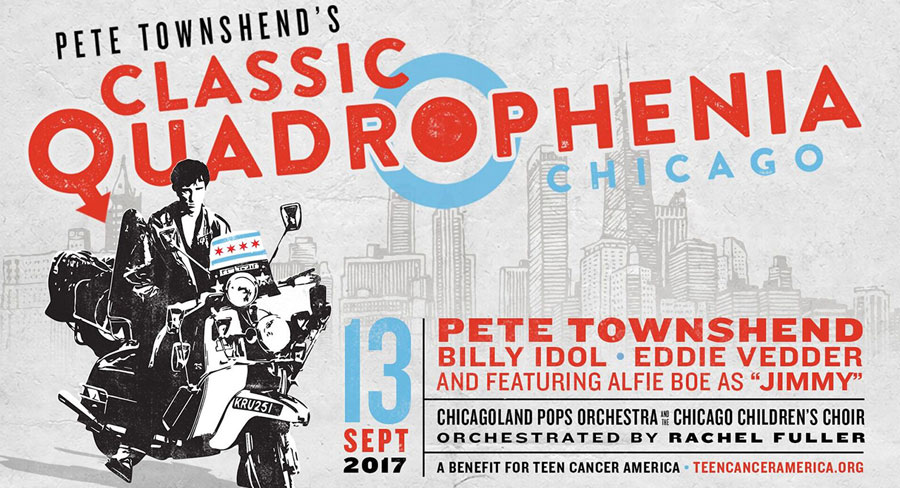 Pete Townshend has added a fifth Classic Quadrophenia concert, which will take place at the Rosemont Theatre in Chicago on September 13, with proceeds from the show to benefit the Teen Cancer America charity.

Eddie Vedder will join the cast along with Pete Townshend, Billy Idol, and tenor Alfie Boe, and will be backed by the Chicagoland Pops Orchestra and the Chicago Children’s Choir.

It is unclear what role Eddie Vedder will play in Chicago, but Pete recently discussed the parts he and the others will play for the rest of the tour in a radio interview with Cynthia Fox.

“I have a very small role. I do a couple bits of guitar, and I actually play the role of the Father, and I think also the Godfather. So I’ve got maybe 3 or 4 songs. Alfie Boe features in the role of Jimmy, so he gets the majority of the stuff. He’s a proper orchestral tenor who’s very famous now in the UK. Billy Idol does the role of Ace Face and Bell Boy, which he’s done right the way down the years. Of course he’s done this with The Who too. ”

Eddie has performed with Pete Townshend and The Who on a number of occasions, including a guest appearance at the The Who’s Quadrophenia Teen Cancer Trust benefit show at the Royal Albert Hall in 2010, and a Teen Cancer America benefit show at Chicago's Rosemont Theatre in 2015.

It should be a great performance, so you don’t want to miss it!

For more information on Classic Quadrophenia, check out Pete’s in depth interview from 2015. 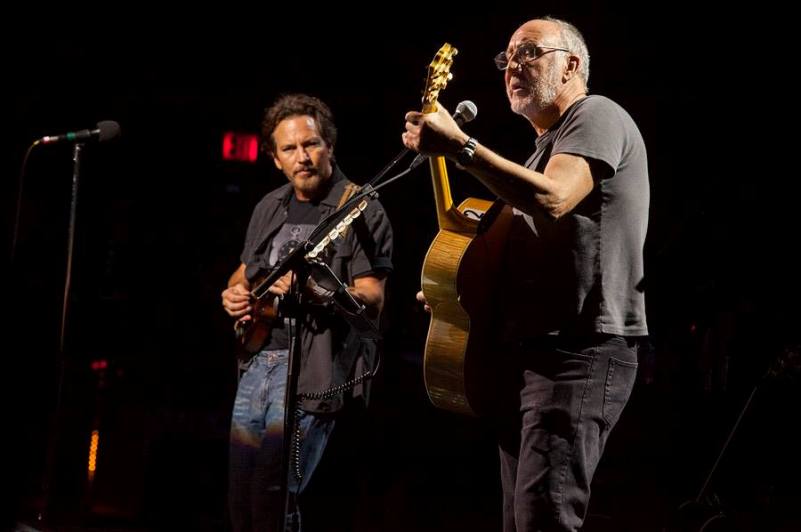