We are sad to report that Doug Sandom passed away this week on February 28, two days after his 89th birthday.

A memorial for Doug will be held at the Breakspear Crematorium on 15th March at 11:45AM.

Doug was the drummer for The Detours / The Who in the early days of the bands career. Doug joined band members Pete Townshend, Roger Daltrey, John Entwistle, and singer Colin Dawson of The Detours in 1962, replacing their first drummer Harry Wilson. He brought experience and maturity to the young band, which helped them to get established. He was in the band after Colin left and they became a 4-piece band, and when they changed their name to The Who in February 1964. However, Doug was in his early thirties at the time, and the rest of the band were still just teenagers, so there was a fairly large age gap. This ultimately led to his leaving The Who in 1964. Doug was asked to stand down after the band was rejected for a record deal by Fontana Records, because the label’s producer Chris Parmeinter felt Doug was regarded as too old. Doug gave the band a months notice, and left in April 1964. Keith Moon joined the band soon after, and helped lead them to fame and fortune.

Over the years, Doug has kept in touch with The Who’s fanbase, giving interviews and appearing at various Who conventions that were held in London. He was always warm and charming to the fans at these events, and loved to regale them with tales from his days with The Who, usually over a pint of ale. He was a lovely man and will be greatly missed!

Pete Townshend has posted a blog about Doug's passing on The Who's website. 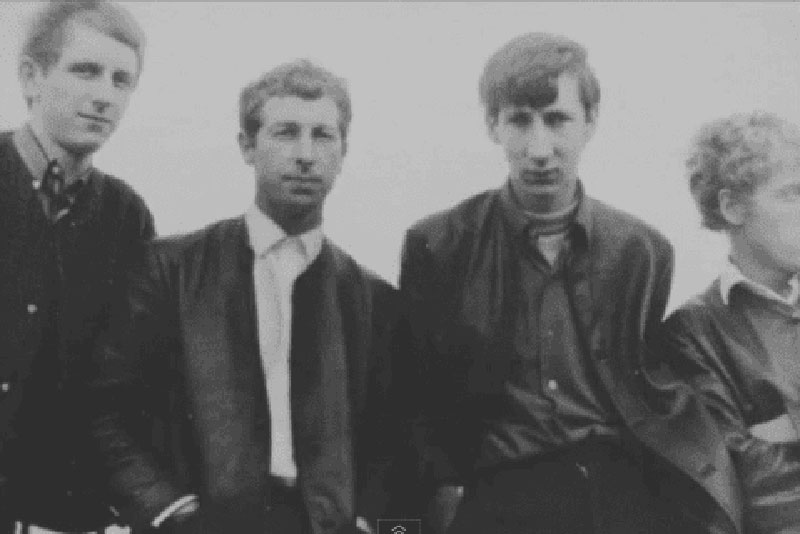 My main thing is and what I want everyone to know is, I still think The Who are the best fucking rock n roll band in the world. I don’t hold nothing against the band and its part of my life, I wouldn’t be without.

In 2013, Doug Sandom wrote a book that contains a lot of really great stories about his days with the Detours entitled "The Who Before The Who". Pete Townshend contributed a lovely foreword for the book. Here are a few excerpts.

At the first show Doug played with us I suddenly knew we were going to make it. He was a cool, calm and mature man, small in stature but strong and wiry, and he played crisply and efficiently without any of Harry’s moments of crisis. At last, it seemed that we had a proper, professional drummer who took the job seriously, and didn’t seem fazed by the idea that we were shooting for the stars.

His style was controlled and contained, with enough moments of flash to generate sufficient energy to help us catch fire. He was a working man, but hardly ever spoke of what he did in the daytime. He was always very kind to me, recognising my talent as an over-qualified rhythm guitarist and my desire to create a solid rhythm section with him and the equally over-qualified John Entwistle on bass. He advised me on how to handle Roger Daltrey’s mood swings and moments of self-doubt that usually emerged as anger.

Of course, it’s impossible to imagine The Who without Keith Moon. But Doug Sandom’s work with our band laid the foundations for Keith. Further than that, it gave me the confidence to begin to drive the band as a writer and creative thinker.

It would be entirely disingenuous if not unbelievable – certainly patronising – to say that there have been many times in my life when I wished I had never been famous; but it is true. Had we continued together back in 1964 with Doug on drums, we may never have become as successful as we are today; Keith Moon was a born publicist as well as highly eccentric performer. But I have no doubt that, personally, I would have been happier as a young man. Partly because I think we would have continued to put music and friendship first in our band, because that was Doug’s way. With Doug as my friend, I believe I could have been a better man.

Here is a video from 2012 of Doug Sandom and Irish Jack visiting the Acton Town Hall, where Doug first met and auditioned with the Detours.

Close friends of Doug Sandom were kind enough to share a few words about Doug.

The recent death of original Detours / Who drummer brought much sadness to his many friends -and- especially Who friends. I first met Doug in the summer of 1962 when he had just joined The Detours. He was ten years older than Pete, Roger and John but his age and experience was a stabling influence on the young band. Doug's last ever Who gig was on Monday April 13 1964 when the band supported Mike Cotton Sound at London's 100 Club. But sometimes his ongoing presence at various Who gigs and band activity seemed as though he had never actually left the band. 'I'm still their bloody stand-in' he used to joke. To his son Keith and Sandom family sincere condolences.

In 1989, Pete Townshend reflected upon The Who’s enduring legacy describing the band as the ‘Parthenon’ of rock n roll. As the solid, elder statesman drummer of The Detours and then The Who’s earliest incarnation; Doug Sandom was perhaps not the keystone but definitely a critical block in the foundation of the band’s story. He was after all a bricklayer by trade.

Doug was a member of a very exclusive club and he carried it with real dignity. Fourteen years the senior of his band mates Roger Daltrey, John Entwistle and Pete Townshend, over two years he helped to shape the band into one of London’s most professional bands. It was that reputation that attracted Keith Moon like a magnet to The Who and led to his thirteen year perpetual audition as the band’s drumming powerhouse.

When the working class roots of The Who are recalled, acknowledging that the most solid part of the original unit was quite literally a working man is often overlooked but it is undeniably part of the band’s genesis.

What was most remarkable about Doug was his warm heart, genuine modesty and complete lack of pretension. There are few people that with access to such impeccably qualified sparkling bragging rights would remain so completely humble.

It was fitting that in later years, Doug would get to enjoy the admiration and the appreciation of The Who’s ever ebullient fans. Characteristically modest, he was often bemused but always generous and warm with them making for very special memories for the many he met.

Most of all, Doug was loyal to the band. His story as to how he came to leave - as revealed to me in 2010 on film - is rather different to those of others. It’s more an account of an intriguing plot. There is no resentful sting in its tail. Indeed Doug maintained lifelong friendships with the other three especially with John Entwistle and Roger Daltrey.

Pete Townshend once said of rap and urban music that it wasn’t his job to understand it but to get out of the way. When his own interest in blues music deepened and the group’s direction began to shift, Doug Sandom found himself in a similar position.

Doug’s story is unique. He was a man of great decency and dignity. He will be missed hugely.

It is true he was a bricklayer. He laid the foundation for the Parthenon.

I first met Doug Sandom at The Harrow and Wealdstone Hotel in North West London, made famous by The Who for Pete accidentally smashing his guitar on the low ceiling (the 'Art of auto destruction' was born). We were there to see a Who tribute band 'Who's Who' back in 1997. Doug came across as a quiet unassuming man with an abundance of information and some fantastic rock'n'roll stories. I was proper made up by meeting this important man of Who history. We both liked a drink and so our friendship began and it lasted 22 years right up until his death 2 days after his 89th birthday.

We travelled to various parts of the UK and Ireland to hang out with the band, fans and Irish Jack. At the Cork gig, Roger was saying to Doug about the hand made guitars that they used to make and that they used to throw them away after a while, adding how much they would be worth now. Doug also reminded Roger from the early days that after a gig Doug would toss a coin to see who would take home the prettiest girl and Roger saying yes it was always you. Doug said “yes, it was a double sided coin”! On the subject of women, Doug said to me that after a show he said to the boys, "Right, John is taking Allison home, Roger your taking her home, then Roger said but what about Pete? oh, he's taking his nose home!"

Doug would have me in stitches with stories like that over a pint and not once did he hold a grudge about the decision to cut him free from The Who. He told me that at first he was OK with it but he found it more difficult to stomach when he kept hearing them on the radio and the rise of their success, but he took it like a man. Besides he did not leave because he wanted to, no, he left because John told him that he was about to be fired, but only because of his age, nothing else. So he kept his pride and walked. I have it on camera when he was being interviewed with Irish Jack, that he wanted people to know this and I quote "The main thing that I want everybody to know is that The Who are the best fuckin' rock'n'roll band in the world, alright?" (Youtube, The Who's Doug Sandom & Irish Jack).

Doug managed to write his own book in record time. He was always at Who / Quadrophenia conventions posing for photographs and signing anything that was put under his nose. Complete strangers would come up to him and ask questions and he always obliged and gave them as much of his precious time that they wanted. A man with a big heart.

So this is a man that accepted his fate with The Who and got on with his life regardless and worked hard as a brick layer, got married and raised a family. He still played the drums on the pub circuit and enjoyed the recognition and adulation that went with being a major part of the greatest rock'n'roll band on earth.

I will miss my dear and loyal friend right up until I draw my last breath. I will always speak fondly of him. I will reiterate his wonderful, humorous and honest stories. I will shout them from the roof tops for the whole world to hear and I will not stop shouting until everyone has heard them. I will keep his memory alive if it's the last thing I do. Doug Sandom, it was an absolute honour to call you my friend and I burst with pride to let people know just that. I feel truly blessed and you will always be in my heart. I will never have a friend like you again in my life and my whole existence is so much more enriched because of you and I thank you for that. In the years to come some people might ask me "Oi, what have you done in your life?" and I will say " I knew Doug Sandom, he was my best friend, what the fuck have you done?" I love and miss you my dearest rock'n'roller', until we meet again. 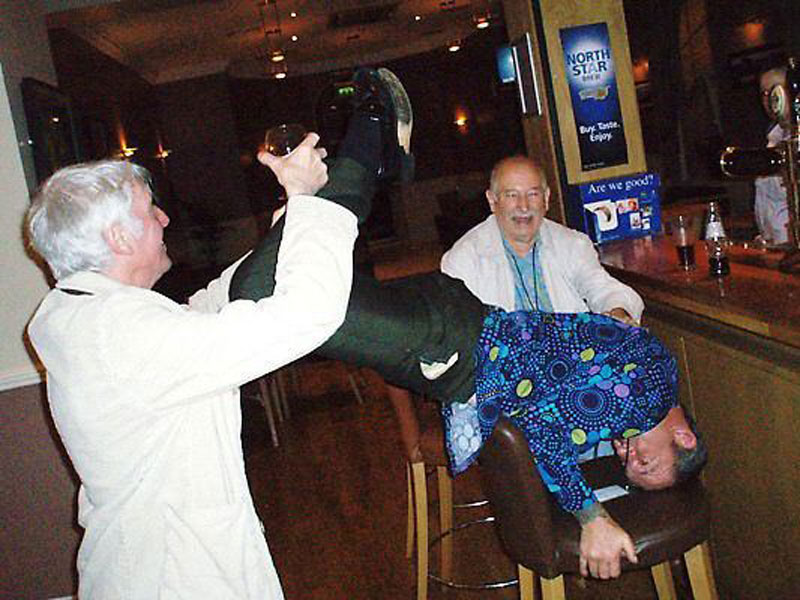 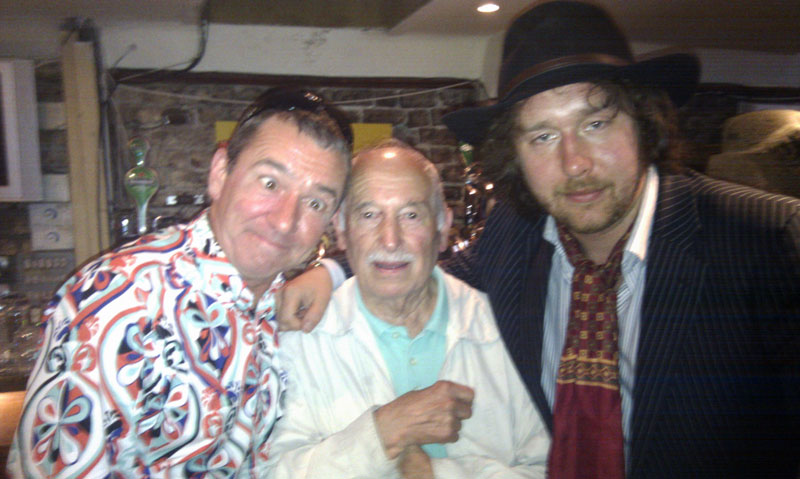 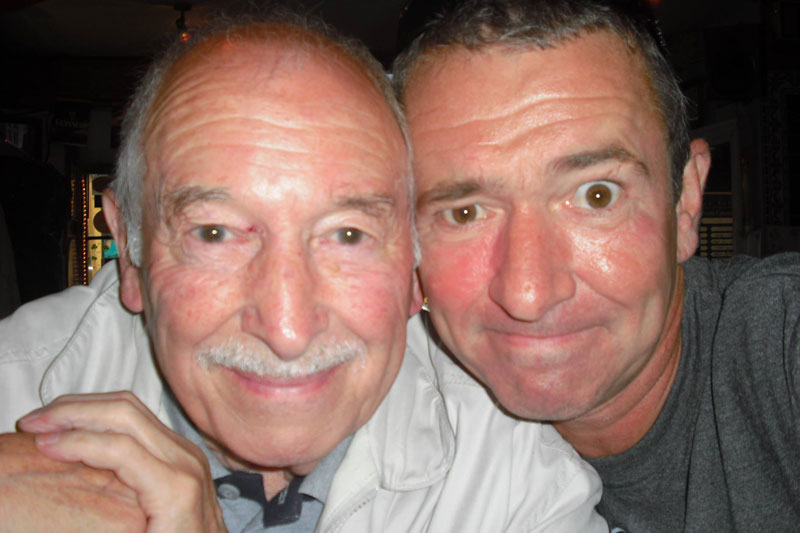 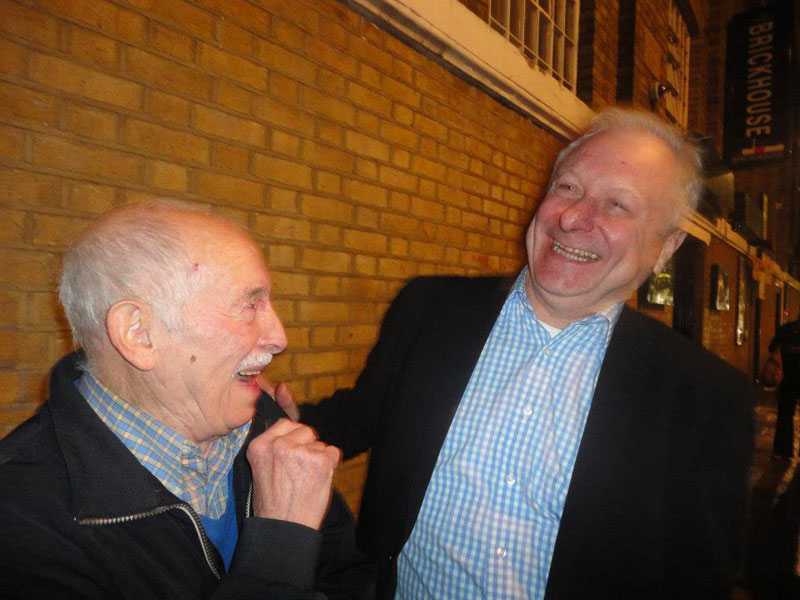 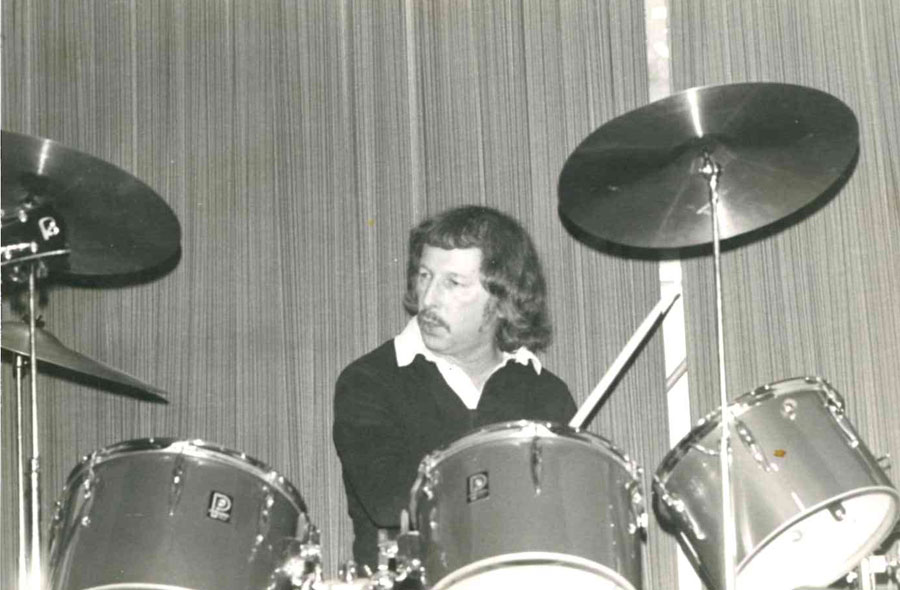 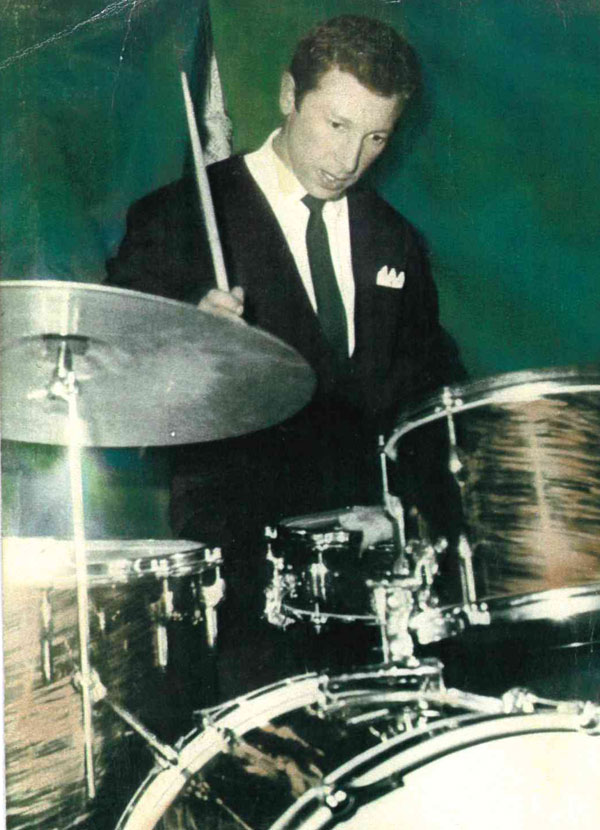 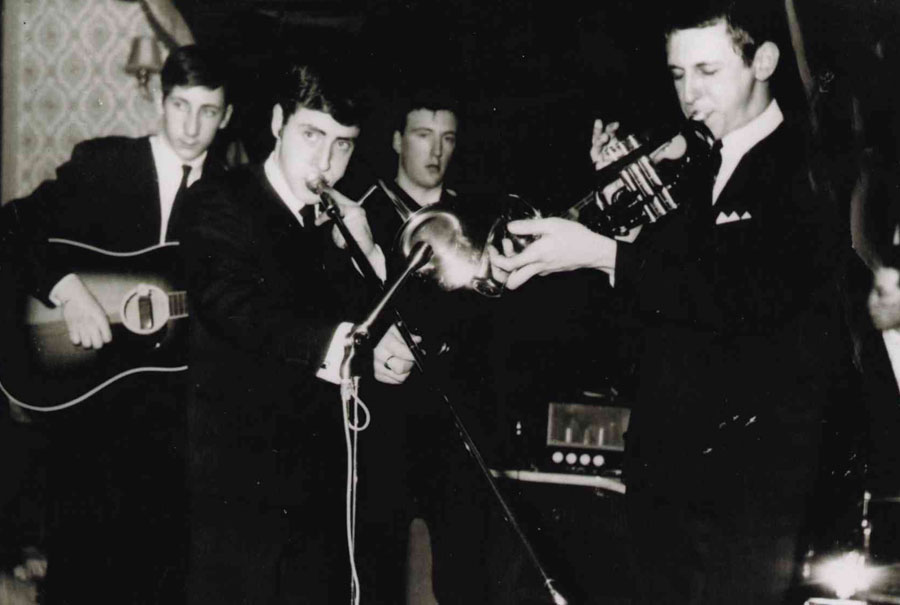