Pete Townshend booked into British Grove Studios in Chiswick, West London last week for recording sessions on the upcoming Who album. Pete brought in US record producer Dave Sardy, who previously worked with Oasis, and his engineer Jim Monti, to help record additional instruments on songs that he recorded last summer in his personal studios. Pete's engineer Myles Clarke also helped out with the computer sessions that were worked on. The studio work began last Saturday, 2nd February, and wrapped up yesterday. They made great progress on the album, and were able to complete seven songs in seven days.

Roger Daltrey did not attend any of the sessions, as he was away on holiday and also preparing for the Rock Legends Cruise from Florida which runs February 14 – 18. Hopefully he will be available to record his vocal tracks soon after he returns to England.

Pete Townshend has been very active on social media lately, and documented the recording week with a series of blogs, Youtube videos, and Instagram posts. It has been great fun to follow all the activity!

Pete also posted blogs about recording a Spanish-style song with guitarist Gordon Giltrap, and meeting with artist Peter Blake, who will be doing artwork for the Who album cover. Peter Blake is famous for his album covers of The Beatles Sgt. Pepper and The Who Face Dances.

The Who's new album will be released on Polydor in the UK and Interscope in the US. No word yet on when it will come out, but they are hoping to finish by this summer.

This is all very exciting news! Hopefully The Who will perform some of the new tunes on their upcoming tour! 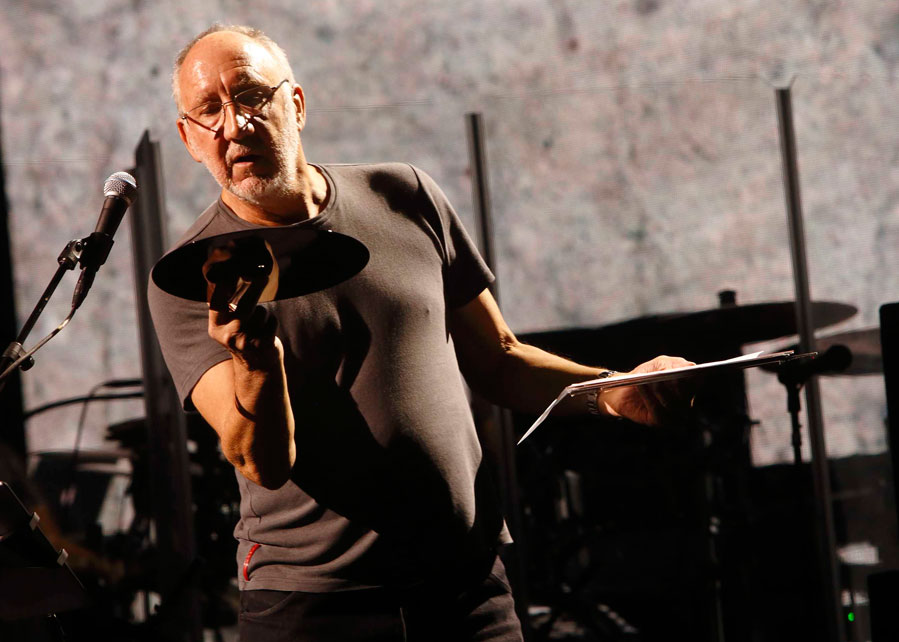 Pete discussed the album with Andy Greene in a recent podcast for Rolling Stone Music Now. Here are a few excerpts from that conversation.

The songs are quite a potpourri of stuff. It’s got a couple of songs that are quite Who-ish, I hope. Clichéd Whoie kind of thing that start with guitars that go yaggerdang! They are very good demos. I’ve got 5 recording studios in my life, and I use them all the time so that they are very high quality.

All Roger has to do is sing. We’ll have to tweak a few things. Zak is going to help me with percussion. It doesn’t mean he’ll play the drums on them, but if he wants to play the drums he certainly can. He’s basically gonna help me with the beats. My brother Simon will help with shaping and arranging. And then we may hand everything over when Roger’s done his vocals and I’ve done my vocals, if that's what I'm going to do on any of the songs, to a remix engineer. And I’ve got no idea when it’s going to come out. Roger's away now until the beginning of March, so there's no time really for him to do vocals early this year.

I have produced the demos so far. What happened with Endless Wire was I ended up as a kind of virtual producer because I took the recordings that I made for myself and just added The Who to them. I don’t think [the sound of the new songs] are necessarily that much different from Endless Wire. There are a few dark ballads, there are some experimental electronica, there is some heavy rock stuff, some sampled stuff.

I knew I only had 3 months, and I don’t work particularly fast because I have to play everything myself. And I also wanted to enjoy it. It was a great summer here. I got my big studio finished. I built a studio in a barn near my country house in May. So I started in June, and did June, July, and August, then just finished in the first week of September. I delivered in the first week of September those 15 songs. I don’t know what will appear on the album. I’m certainly open to writing new material as well.

A lot depends on the release date. I’d like to get it out early. I’d like it to be out when we’re touring. It would be nice to be able to play a couple of songs. There are two songs that I’ve worked on other projects which I pulled in sideways, but no, there’s nothing else, it’s all new material. And I wanted it to be new material, I wanted it to cover where I stand at the moment. It will definitely come out this year. I think Polydor, who are our UK company, would like it in June or July. The clock is ticking, but it’s possible. We used to make albums in much shorter periods, and it’s always a rush in the end anyway. It’s just how important it feels to have the music out.

I am happy to commit to doing the tour knowing that there’s new music coming out, because that’s for my sense of pride, my sense of self worth, my sense of dignity, as a writer where I am now with what I do, everything that I do. You know in the last 20 years I’ve learned so much about music and my craft, and how I work I’ve grown up a huge amount. My writing is exceptionally good.

One of the difficulties I’ve had about putting solo stuff out is that I’ve always been incredibly ambitious. So I’ve always wanted to do kind of grande magnum opuses, and often fallen at the last gate. Whether because I’ve run out of money, or run out of time, or needed to go on tour and lost momentum, or whatever. But I think in this particular case what I really wanted to do was write new material, and that’s what I did.