Lambert & Stamp, the critically acclaimed documentary about Kit Lambert and Chris Stamp, The Who’s management team who were instrumental in the bands rise to the top in the 60’s, opens today at select theatres in New York and Los Angeles. These will be the first public showings since the film premiered at the Sundance Film Festival in January 2014. Sony Pictures Classics has picked up the film since then, and will be distributing it to local theatres across North America and the UK over the next couple of months.

Check out the list of dates to find out when it will be coming to your town. This is a must see movie, so you want to be sure to catch it on the big screen! 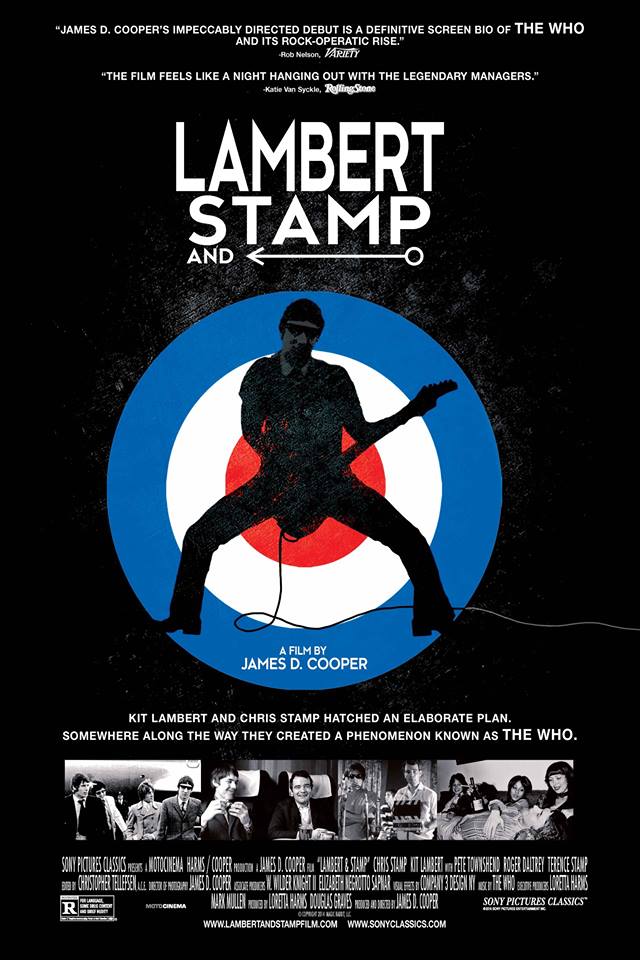