The Who returned to their hometown of London to perform the last shows of the UK leg of The Who Hits 50 tour that were postponed from December. They put on a great series of concerts with 2 shows at the O2 Arena, capped off with their annual gig at the Royal Albert Hall in support of Teenage Cancer Trust.

The shows were a great success, and drew rave reviews from fans and online articles all over London. They picked up steam as the week went on, and put on an especially stunning performance at the TCT show. The Who are in prime shape right now and are poised to kick off the US tour in a couple of weeks.

Backstage at RAH before the show, Pete and Roger received an official apology in the form of a plaque with framed documents for being banned from the venue in 1972, when their gig got cancelled after rowdy fans of bands like Pink Floyd and Frank Zappa trashed the historic building. Read more about that here. They have played there many times since, and the intimate venue is a sentimental favorite for them.

This year was the 15th anniversary for the TCT event at RAH, and they have raised £20 million for the charity over the years. To learn more about TCT or to donate, please visit the Teenage Cancer Trust website.

Many thanks to Pete and Roger for all the work they have done for charity, and congratulations on the successful London shows!

Check out photos, setlists, videos, articles and fan reviews for all the shows on The Who Hits 50 tour pages!

A big shout out to everyone who has contributed to these concert pages!

Stay tuned for much more to come from the US tour! 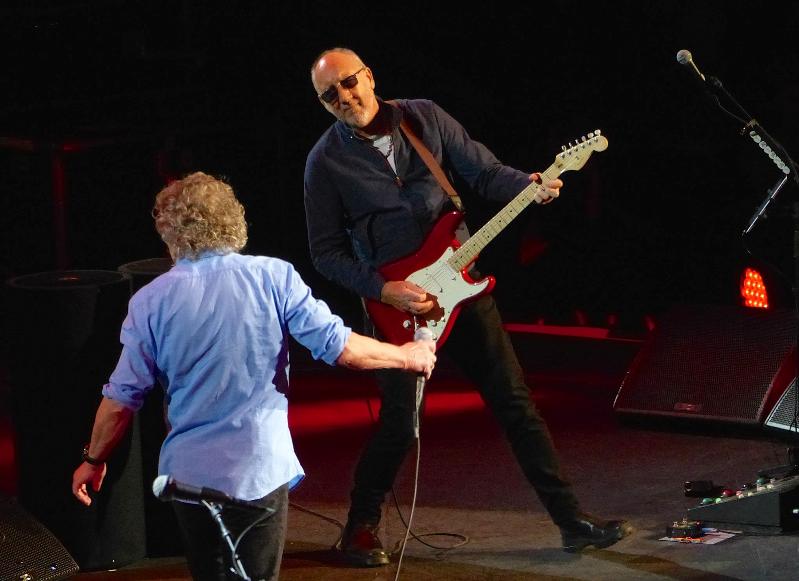