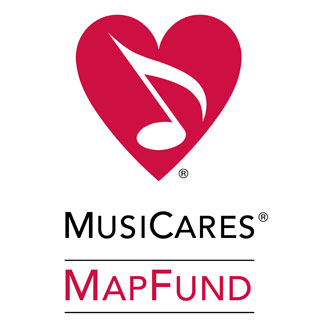 Pete Townshend will be honored at the 11th annual MusiCares MAP Fund benefit concert at the Best Buy Theatre in New York on May 28, 2015. He will receive the Stevie Ray Vaughan Award for his ongoing charity work in supporting programs to help recovering addicts, including his dedication to the MusiCares MAP Fund. The Who’s manager Bill Curbishley will also receive the MusiCares From the Heart Award for his ongoing commitment to the organization.

All proceeds from the benefit show will go towards the MusiCares MAP Fund. Their mission statement: "MusiCares provides a safety net of critical assistance for music people in times of need. MusiCares' services and resources cover a wide range of financial, medical and personal emergencies, and each case is treated with integrity and confidentiality. MusiCares also focuses the resources and attention of the music industry on human service issues that directly impact the health and welfare of the music community."

Neil Portnow, President/CEO of The Recording Academy and MusiCares released the statement, "This year, the MAP Fund is traveling to New York City to broaden the visibility of MusiCares' services on the East Coast. Throughout the year, MusiCares offers comprehensive addiction recovery programs to people in need, and the opportunity to showcase the annual MusiCares MAP Fund benefit in that great music city should underscore that our resources are available to members of the music community nationwide. It is a genuine privilege to honor Pete and Bill in our 11th anniversary year for their longtime dedication to our mission."

A list of artists who will perform at this event will be announced soon, and tickets will be available later this month.