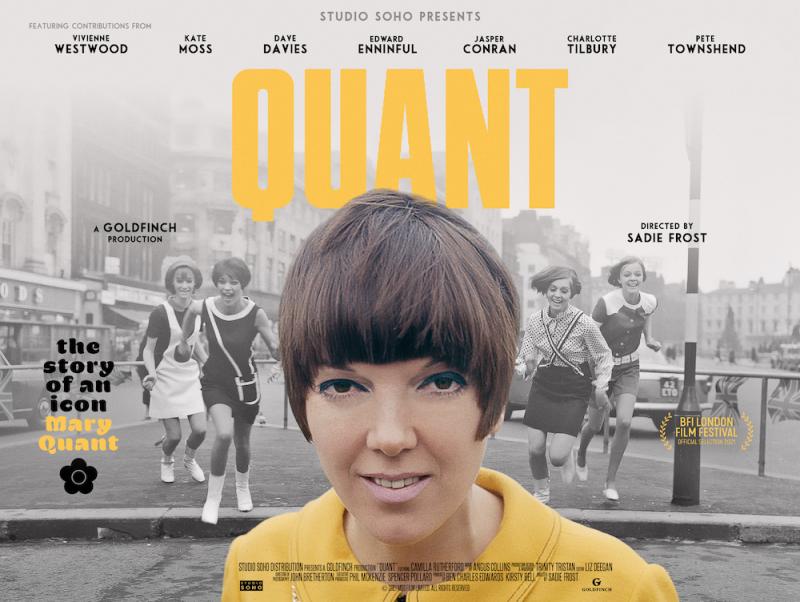 Pete Townshend makes an appearance in Quant, a new documentary about Swinging 60’s fashion designer Mary Quant, who’s brightly coloured pop art dresses and tights turned the miniskirt into a global phenomenon. Pete contributes voice-over comments about the Kings Road in the 60's, and The Who getting fashion inspiration from their audiences in the same way that Quant’s customers demanded shorter hemlines.

Quant was directed by actress and fashion designer Sadie Frost in her feature-length film debut. The film also features commentary by a host of interesting people from the fashion and music industry, including the Kinks guitarist Dave Davies, fashion icon Vivienne Westwood, supermodel Kate Moss, make-up artist Charlotte Tilbury, Pattie Boyd, and Quant’s son Orlando. In an interview with AnOther mag, Frost said, “I knew [Kate Moss] could comment on supermodels in the 60s and female sexuality, Charlotte [Tilbury] on licensing and women in business, and Pete Townshend on how exciting it was to be on the Kings Road in the 60s.”

Quant was released in UK theatres on October 29. Hopefully it will show up on streaming services and TV soon!