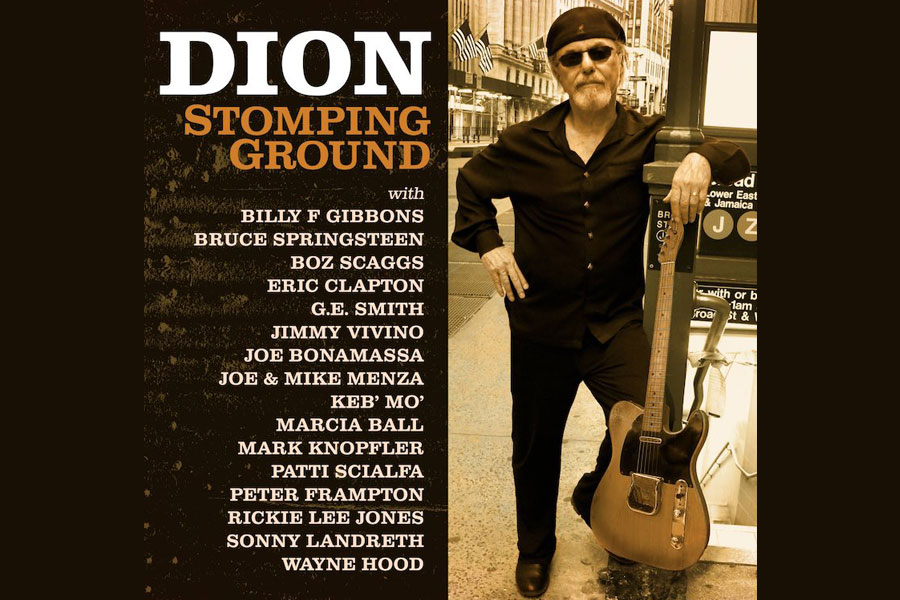 Pete Townshend has contributed the liner notes to Dion’s brand new album ‘Stomping Ground’, which was released on November 19. The album features collaborations with an impressive lineup of musical artists, including Bruce Springsteen, Mark Knopfler, Eric Clapton, Boz Scaggs, Peter Frampton, Billy Gibbons, Rickie Lee Jones, and others. Most of the songs were written by Dion and his song writing partner Mike Aquilina.

Dion is an American singer-songwriting legend, who came to fame in the late 50’s with his band Dion and the Belmonts. He has continued to be active over the years, and was inducted into the Rock and Roll Hall of Fame in 1989.

Pete describes Dion in his liner notes: “Dion, like a circling star that never fades, generates the energy and fire we need to pull ourselves up and start again. Dion is a star who knows well how to start again, how to keep shining. He looks at his watch every few years. Damn, let’s make a record! Take care. This one will blow those little white things in our ears right into your brain.”

In an interview with Cleveland.com, Dion talked about how Pete came to write the liner notes for his album. “Well, y’know, he’s a great writer. I like the way he writes. He’s an imaginative guy, and he was enthralled with a song I recorded back in ‘65 called Spoonful. When I finished the album, I thought, ‘Well, Bob Dylan wrote liner notes. Maybe I should ask Van (Morrison). Nah, maybe Pete would like to write something.’ So I asked him and he said yeah, and he wrote about me in these mythical terms. (laughs) I called him and said, ‘Pete, I’m going out today and buying a toga!’ He said, ‘I could scale it down a little’ but I was like ‘Nah, nah,’ ‘cause it’s him, y’know? It’s like the way people played on the album; they give you something that’s totally them, and they all say, ‘Take what you want and leave the rest,’ but I take it all.”

The album is out now, so be sure to check it out!