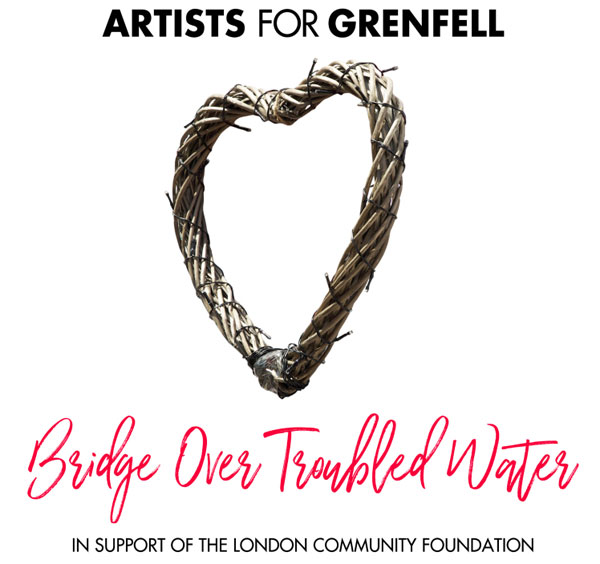 Pete Townshend and Roger Daltrey have contributed guitar and vocals to the Artists for Grenfell benefit single “Bridge Over Troubled Water” in support of the victims of the tragic fire at Grenfell Tower in West London, near Shepherd’s Bush last week. They joined over 50 artists who gave their time and support to the London Community Foundation charity, who will distribute the donations to the families in need. The single, which was organized by Simon Cowell, hit number one on iTunes two hours after it was released today.

Pete discussed his participation on the charity track with reporters when he went to record his guitar segment at Notting Hill’s Sarm Studios last Sunday:

“Simon asked us to be involved and we’re here because this is the area we grew up in. It borders on where we grew up as kids - it’s pulling the community together. The music industry is good for bringing people together rather than dividing them.”

“It’s fantastic, I promise you you’re going to love it. What they’ve done is so great.”

“I know people that lived in the building - I know four families. They were Spanish. They’re not OK. A mother lost her daughter, two little girls were in comas. So I’ve been right in there helping with those families. A little Spanish girl in there studied the piano - they got a piano up 10 flights and of course it’s gone now. The families that have got away have got the most trouble now - and its trouble for all of us. I hope this helps.”

Pete went into more detail with petetownshend.net about his personal relationship with the families affected by the fire, and how his Double O charity is helping out.

"Just to be clear, it is my housekeeper Susana who knows six mostly Spanish families who escaped from the fire, but there were real tragedies I’m afraid. The mother who lost her baby was pregnant, and in a coma. When she wakes up she will learn of her loss. Two of her little girls were carried out in comas, only one has come around.

Susana is from Madiera (so is Portuguese) and knows the families from her Catholic Church. We are providing the girl who lost her piano with one of Rachel’s IN THE ATTIC keyboards with built-in speakers and a proper 88 note keyboard, and will get her a proper piano as soon as they have a new home.

I have given Susana some time off, and a decent budget (from Double O) to help the families get clothes, suitcases, shoes and food etc – and Susana is the one doing the work. Bless her.

Double O is in the process of making a larger donation to the main charity. If you have bought tickets to Who shows recently you are already indirectly helping this cause, because some of what you pay to see me and Roger goes to Double O. But if you can afford to contribute more, do follow the link here.

The family I know myself is Nathan McGough (who manages White Lies and used to manage Happy Mondays). He is father to my wife Rachel’s three God-daughters, one of whom was with her dad on the very top floor of the adjacent tower block, and they had a traumatic time watching Grenfell Tower catch fire. It happened so fast that by the time they woke up and realised what was going on it was already completely out of control.

On the record I played a standard Pete acoustic part, but it really wasn’t needed. It was always intended as a simple piano track and the young man who played it (Tokio Myers) did a perfect job – no fancy bits, just straight, elegant piano. They just wanted me and Roger as The Who to be a part of it, and it was a joy. I love Stormzy’s rap, it brought tears to my eyes – and the choir on the record is an assembly of people from the local community. It was done very quickly, and the atmosphere in Sarm studios was buzzing with fizzing, electric passion and energy. Lots of the technical people had had very little sleep. All very young people working for free. Good to see.

Locally, near the fire, the community has really pulled together. It’s been amazing to see.

You know it’s through grace that we are allowed to be a part of this kind of thing. Those of you who are fans are part of it too." 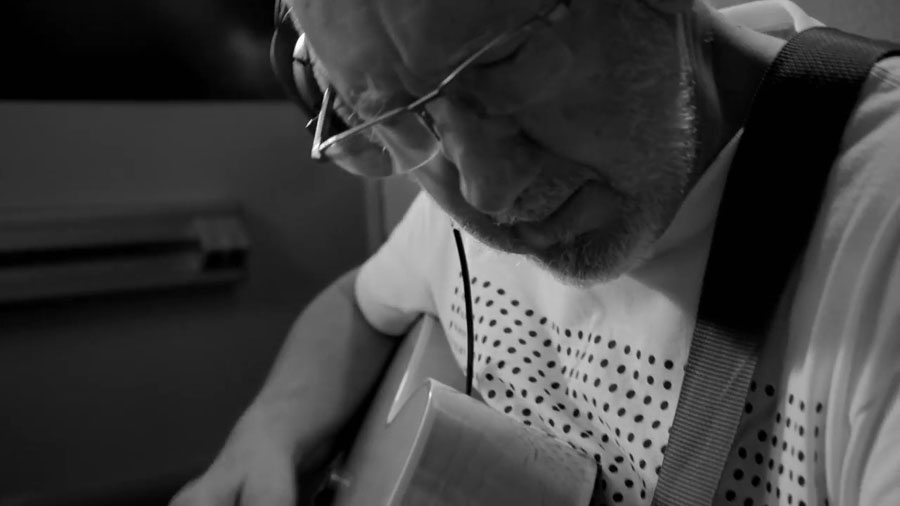 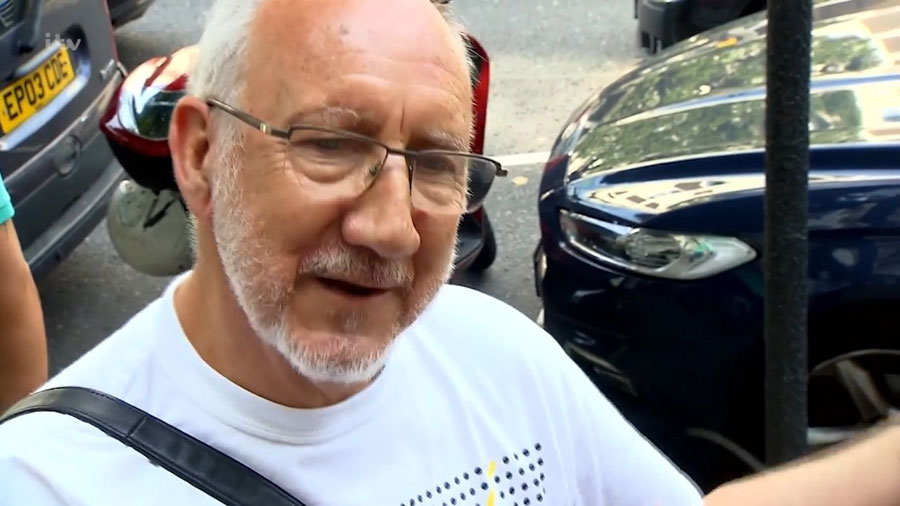