Pete Townshend sat down for a candid new interview with Rob Hughes for the April issue of Uncut magazine. They covered a wide range of topics, focusing on the upcoming release of the Super Deluxe Edition of The Who Sell Out that is scheduled to hit shops on April 23.

Pete also discussed a few of the projects he has been working on this past year, including ongoing work for The Age of Anxiety, plans for a 50th anniversary release of Lifehouse, the possibility of a new Who album, and curating The Who’s vast archives.

It’s a really great article! To read the whole thing, you can order it from Uncut.co.uk.

Here are a few excerpts about the projects from Pete's interview:

The Age of Anxiety

I started this project in 2008 and I’m still working on it. The libretto is finished and most of the music is done, but there are recordings to make with orchestras and singers. [Art director] Richard Evans and I are about to start putting together illustrations for a boxset or book or whatever comes out of it. Hopefully, that might also support live performances. This Covid lockdown period hasn’t stopped me, but it’s slowed me down and created a sense of logjam, creatively. I tend to just follow my nose and throw things together. So a few times I’ve sat and listened to the music and kind of gone, “No, it’s not good enough!” Then thrown loads of stuff around and started all over again. I’ve done that two or three times. You can overthink stuff. I’m fucking 75 and I don’t know how long to keep bashing at this stuff – a really big project then an art installation to follow, which involves loads of other musicians and artists and video makers. I find myself thinking, shouldn’t I be slowing down, rather than trying to widen my field?

Right now I’m also planning a big thing for the 50th anniversary of Lifehouse this year. There’s a graphic novel being done and it’s quite extraordinary. It’s based on the two early film scripts that I wrote, both of which have been dissed, mulled over and chucked aside by loads of filmmakers. So this graphic novel, called Lifehouse, completely and totally vindicates me as a dramatist [laughing]. It’s clear, it’s fun and it works. Because it’ll come out in the 50th anniversary year of Who’s Next, it’s a chance to look at that project again. I think there’ll probably be a documentary about it. Whether that’s any good or not depends on quite a lot of other things. Once or twice in the past I’ve reviewed and re-entered and reapproached the Lifehouse story, always pretty unsuccesfully. So I’ve got my fingers crossed. One of the things I’ve been looking at is the possibility of reviewing some of the ideas that were lost, and maybe some of the experimental things that I looked at with Lifehouse Method and Lifehouse Chronicles. Some of the electronica stuff, maybe looking at working with other musicians and producers to explore material that might be inspired by what comes out of the graphic novel.

I did a year’s sabbatical in 2018 and wrote about 25 songs, only 15 of which I shared with Roger and the record company. Some of those are still floating around. I’ve got a few ideas for concepts that might help me to write a few more. But my experience with that last album was very salutary. It was tough. I think it was tough for Roger too. I think he and I have found a sort of common ground over it, but there is still a sense that we only just about got it done. There’s a certain amount of resentment on both sides. Partly on Roger’s side, perhaps, resentment that we were paid a lot of money for the album and it was all spent making it. On my side, the fact that Roger was so actively diffident at first. Now he’s proud of what he did on the record and so he should be because he did such a great job. But our process is now just me and him and we’re very different – politically, socially, spiritually, different in every respect. But we happen to be in this band together. But I’m trying to get past it, because, ultimately, WHO was so well received. I do want to make another one and I probably will. It’s been on my mind a lot. Right now, I’m in that space where I’ve got my studio set up, my acoustic and electric guitars, a drum box, all there ready to go. There’s pages and pages of draft lyrics. So if the moment comes, I’ll go in and start.

I’ve got really good people around me – collectors and physical archivists who’ve collated everything. We’ve got a brilliant, well indexed Who archive run by Annette Harrison, the widow of Bill Harrison, Moonie’s drum roadie. Jon Astley, who was involved in collating this new The Who Sell Out, was my brother-in-law when I was married to his sister [Karen]. So with these people around me I can pretty much find stuff that I need. But my main warehouse, where this stuff is stored, is just around the corner from here. I can go and look at the tapes and the movies whenever I like. It’s not that I feel like I’m the curator, it’s just that I wrote most of this stuff. The other thing about the idea of curation is that it’s slightly journalistic, that feeling of being able to research something and gather things together, talk about it again, repackage it. I just love doing it. 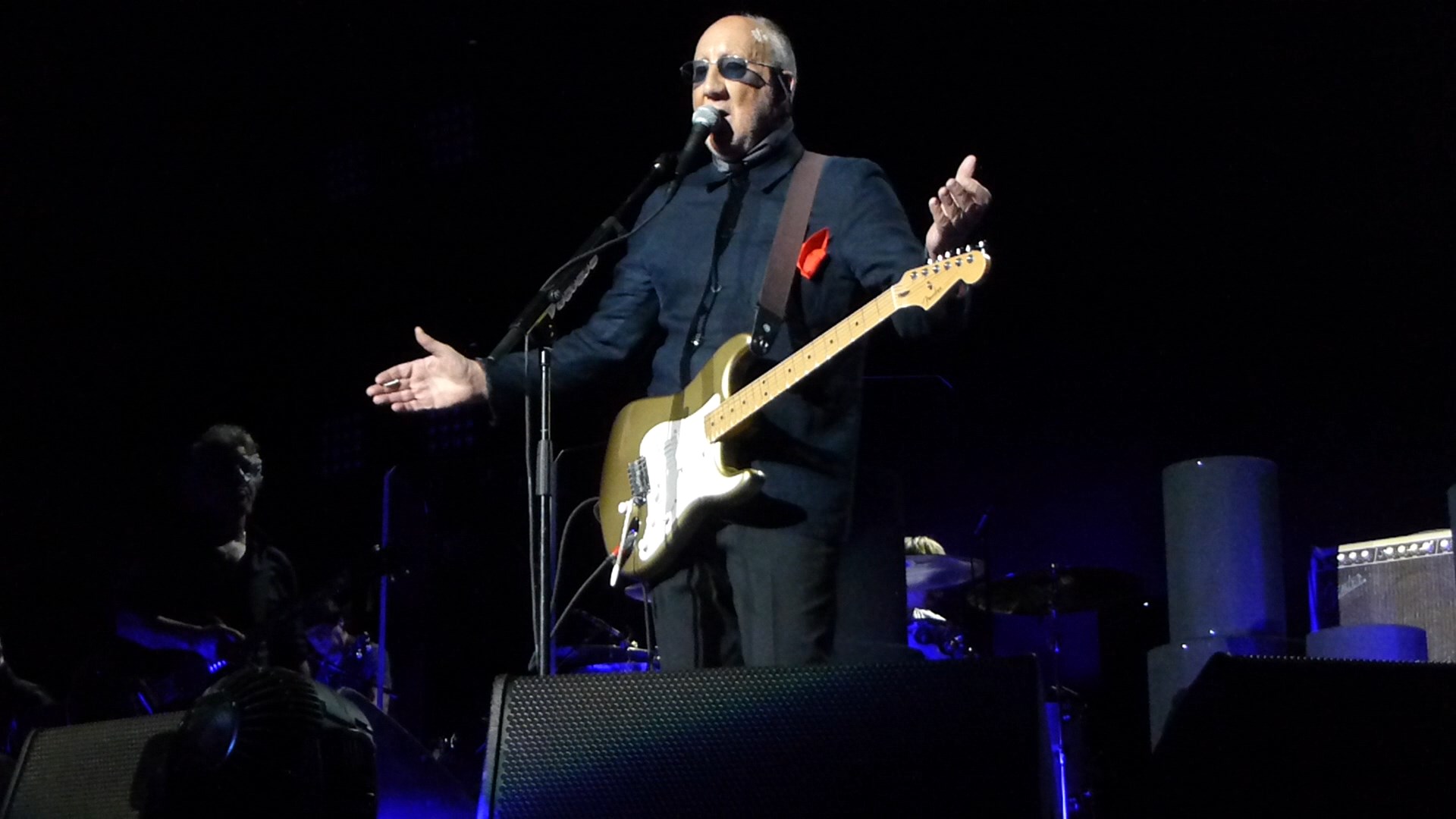