Pete will be participating in the documentary 'In Search of Blind Joe Death - The Saga of John Fahey' - a film about the life of composer, guitarist, author, and provocateur John Fahey.

The documentary is slated for an Autumn 2012 release, and will be a featured film at the Vancouver International Film Festival 2012. 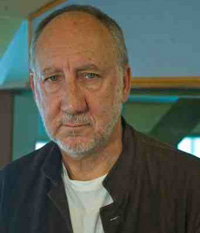 Fahey is known as 'the father of American Primitive Guitar.' Some think of him as a foundational figure in American folk music. Fahey himself, however, insisted 'I am not a volk, how can I be a volk? I'm from the suburbs.' All jesting aside, Fahey, as both musician and musicologist, made a fundamental contribution to the global understanding of classical American musics such as Delta blues, Appalachian bluegrass and New Orleans jazz.

For more information and to view photos of Pete's interview, please visit johnfaheyfilm.com.