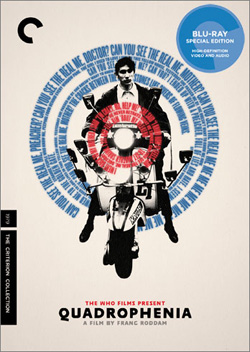 The 1979 Quadrophenia film has received a stunning restoration courtesy of The Criterion Collection, which has just been released on DVD and Blu-ray in the US. The package includes a beautifully cleaned up digital transfer, a new 5.1 surround mix that was supervised by Bob Pridden, and loads of extras.