Pete participated in the Panerai Trophy classic yachts race over the weekend in Menorca, a beautiful Island off the coast of Spain. Pete’s sailboat EVA – an 8 metre Fife from 1906 – received a cup for coming in third in her class (small Gaffers) over three races. The 12 metre KELPIE (designed by Alfred Mylne from 1903) was second and Chinook, which is a Herreshoff New York 48 design from 1923, won the race. EVA was the smallest in the racing fleet put in a great performance in 25 knot wind, and quite big seas. Charlotte Franquet (pictured below with Pete) was the skipper, and her crew did very well indeed to get a third in such conditions. LADY ANNE won her class, and is a 15 metre Fife that races against a small fleet of bigger yachts like TUIGA (owned by Prince Albert of Monaco).

An interview with Pete is posted in Spanish on Plásticos y Decibelios website. 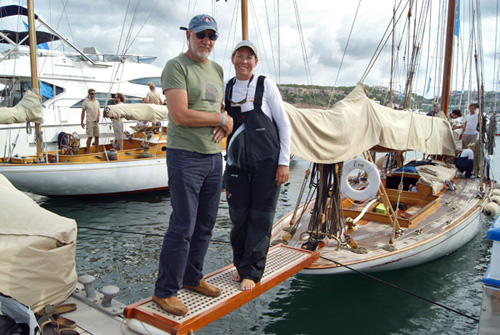 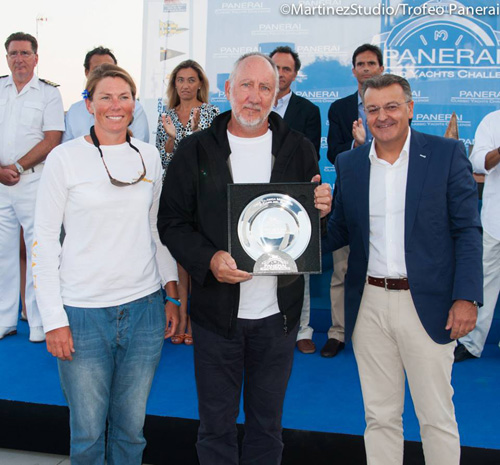