Rachel Fuller has announced the exciting news that her beautiful orchestral work Animal Requiem will be performed on October 26 at the Center for the Art of Performance UCLA. This will follow the American release of the album on October 4th. Pete Townshend will be a special guest at the show, along with Jewel, Jane Lynch, Bruce Sledge and Caroline McKenzie.

The concert will be the American debut of Animal Requiem, so you don't want to miss it!

For more information and to purchase tickets, please visit animalrequiem.com.

Here is the press release for the concert:

“Animals are a huge comfort and extraordinary company. They’re non-judgmental, they love you unconditionally… Being able to say a proper goodbye gives you some form of closure. I thought we should have that for our animals.” —Rachel Fuller

Rachel Fuller is a composer and pianist whose work draws on her classically trained background and love of orchestral music. She achieved international recognition as the orchestrator of her husband Pete Townshend’s Quadrophenia, which has toured worldwide to great critical acclaim. She was inspired to compose Animal Requiem after losing six dogs to old age over a span of five years.

Animal Requiem celebrates, remembers and honors all the animals who have been loved and lost and was created to help raise awareness for the continued suffering of animals affected by cruelty, negligence and abuse. It is also meant to honor every person who is passionate about animal welfare, who believes in a world where animals are treated with kindness and compassion, and that each and every life is a valuable one. 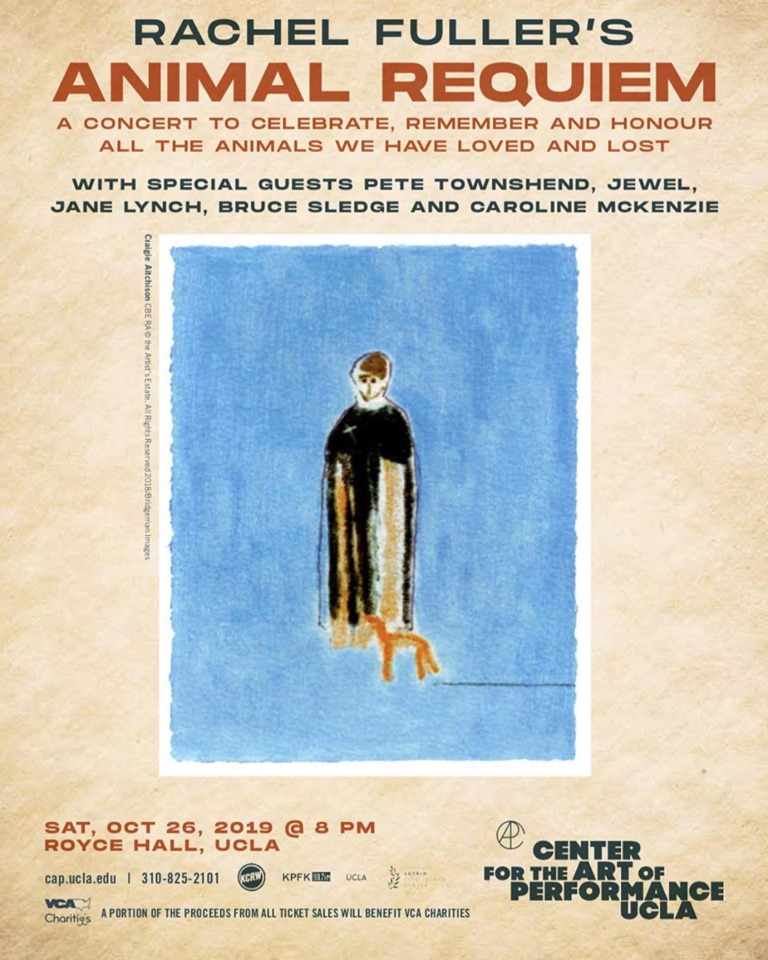 Rachel and Pete appeared on Sky News earlier in the year to discuss the release of the Animal Requiem album.