Happy birthday to Ronnie Lane, who would have turned 73 today!

Ronnie’s birthday song April Fool, along with his other songs from the 1977 Rough Mix album that he did with Pete Townshend, will be featured on a new 6-CD box set Just For A Moment 1973-1997 which will be released by UMC on May 17.

Pete has contributed a lovely foreword for the anthology, and had these words to say about his long time friend.

“For me the music here brings a joyful tear. How wonderful to get a sense of the entire arc of Ronnie’s work, rough and smooth, lost and found. Here, in these songs, collected with such love and care, he is found again. Probably at the height of his rebellious and chaotic powers, where music had to be immediate and uplifting, or else heart-breaking — but always real.” 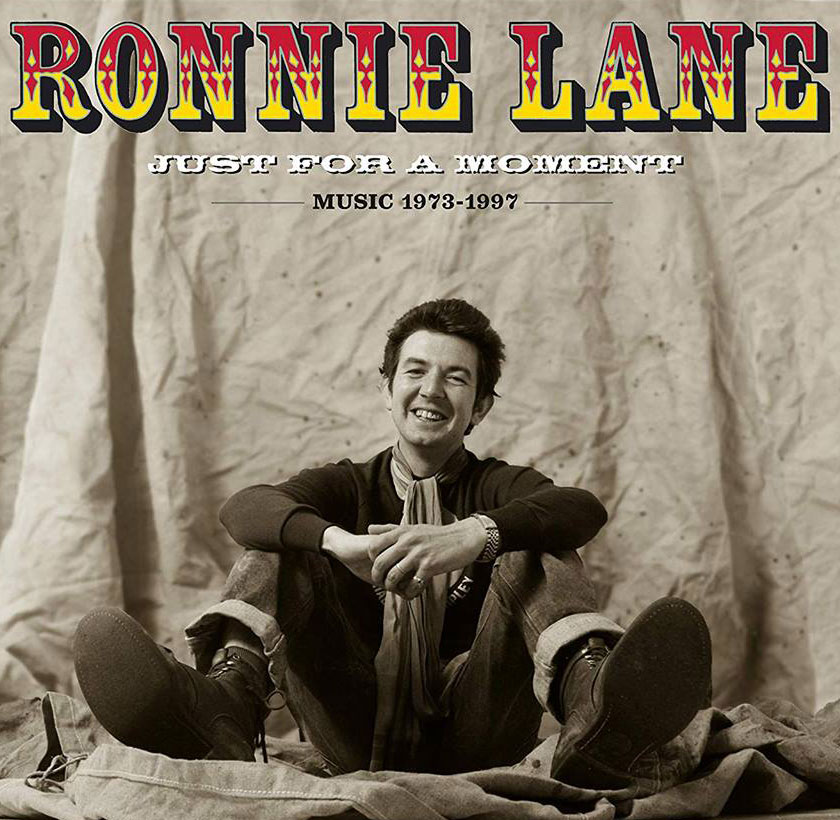 Here is a bit more information about Ronnie Lane and the anthology from the UMC press release.

The collection is a much-deserved tribute to the post-Faces career of the co-writer of such classic British songs as ‘Itchycoo Park,’ ‘All Or Nothing,’ ‘Ooh La La’ and his own hits with his later band Slim Chance, ‘How Come’ and ‘The Poacher.’ Lane passed away at the age of just 51 in 1997, after suffering from multiple sclerosis for more than 20 years.

Affectionately and widely known as ‘Plonk,’ Ronnie became one half of the songwriting force behind the Small Faces’ definitive and soulful 1960s British rock sound with Steve Marriott. He then became a founding member of the highly successful powerhouse that grew out of them, the Faces. Then, increasingly at odds with the demands of the music business, he retreated to a ramshackle country farm, Fishpool, in Wales and formed Slim Chance.

The group toured in a carnival-type extravaganza called the Passing Show, and Lane also built his own recording facility, the Lane Mobile Studio. He collaborated with many friends in his musical circle, including Ronnie Wood, Gallagher & Lyle, Pete Townshend and Eric Clapton, who wrote ‘Wonderful Tonight’ around the fire at Fishpool.

Just For A Moment 1973-1997 includes Lane’s four solo albums (Anymore For Anymore plus its non-LP singles, Ronnie Lane’s Slim Chance, One For The Road and See Me). It also features tracks from the Mahoney’s Last Stand soundtrack album with Ron Wood and from Rough Mix. The final disc of the set focuses on Ronnie’s later years in the US, when he lived in Austin, Texas, with live highlights and previously unreleased studio tracks.

Many other rare and unreleased recordings are included, such as covers of ‘The Wanderer’ and ‘The Joint Is Jumpin’’, alongside unheard Lane compositions plus live recordings, tracks for the BBC and highlights from a concert at Rockpalast.

This looks like a fantastic collection of music by Ronnie, so be sure to get this when it comes out!