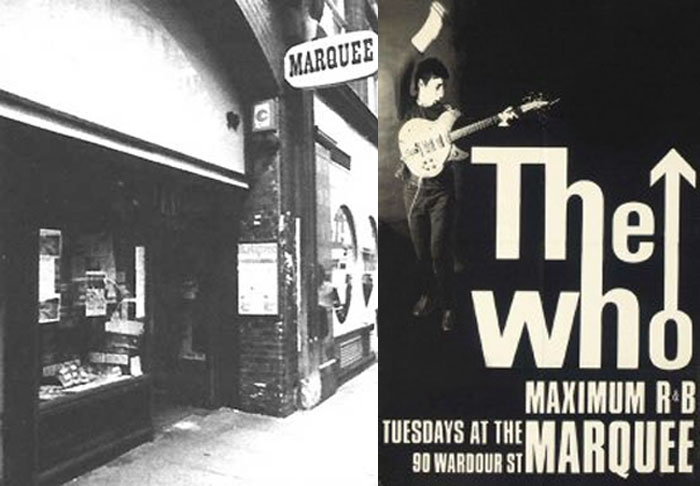 It was 53 years ago that The Who performed the last show of their Tuesday night residency at London's legendary Marquee Club located at 90 Wardour Street in Soho. They did return for some shows in 1968, but this was the end of their weekly schedule there.

Max Ker-Seymer was there, and has fond memories of the evening. Here is his story that he was kind enough to share with us:

Where were you on April 27th 1965? I was at London’s Marquee Club for the final date of The Who’s Tuesday night residency. The residency is referred to as “legendary” and the last night was just another night that Pete Townshend and Roger Daltrey may have long forgotten!

I remember it well…My Hampstead girlfriend picked me up from home in her mini car (sure beats Uber). She was 17 and was wearing white go-go boots that were all the rage. I was wearing new white jeans for the first time (that’s part of my uniform these days!). John Gee the Marquee MC announced that The Who were not playing 2 separate 45 min sets that night. It would be “one long set” instead.

I guess we were there about 7:30 and had to wait 2 hours before the show. Radio Luxembourg had arranged to record an unannounced radio spot that Tuesday. Normally, a Radio Lux DJ would interview the “group” who would then mime to their latest single that would be played over the PA. Surly Townshend was having nothing of it and scowled while “Daddy Rolling Stone” played in the background. This was probably the first time the recording was heard.

The Who went on stage properly after the radio crew left and opened up with “I’m a Man”. Pete was using a brand-new Vox AC 100 amp which blew half way through the song. It was a real misfunction as there was genuine stinky ozone flying out the back of the amp head. Pete disconnected it and chucked the smoking missile across the stage in the general direction of The Charing Cross Rd (those amp heads are HEAVY). Meanwhile, the others kept playing while Townshend assembled a back up Marshall stack. Pete then decided to obnoxiously tune the guitar at full volume while Keith was thrashing away! Critics from the era would criticize The Who for this typical unprofessional conduct yet this was all part of the show. (Look at the admission price on the attached playbill!)

The rest of the show was just as memorable particularly since the PA was super loud and vocal backings were stellar. The Who’s PA was always the best and the harmonies were spot on. Of course, all good things come to an end. The show finished, and I got a ride home. My Hampstead date dumped me a week later but then, she had some stiff competition. Pete Townshend was just 19 years old and I was 17. The Who are still playing and I’m still going to shows 53 years later! 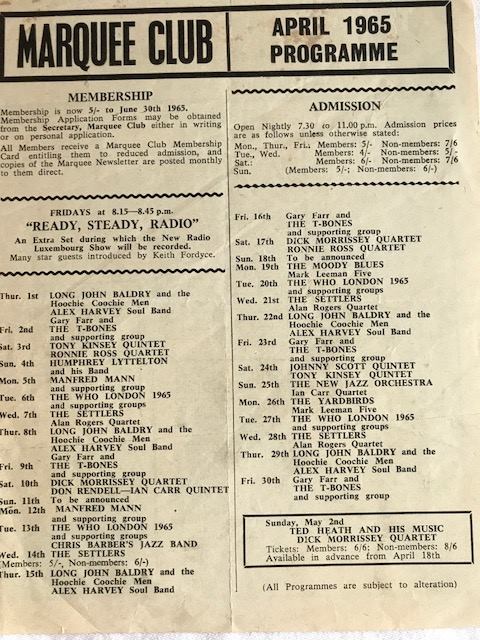