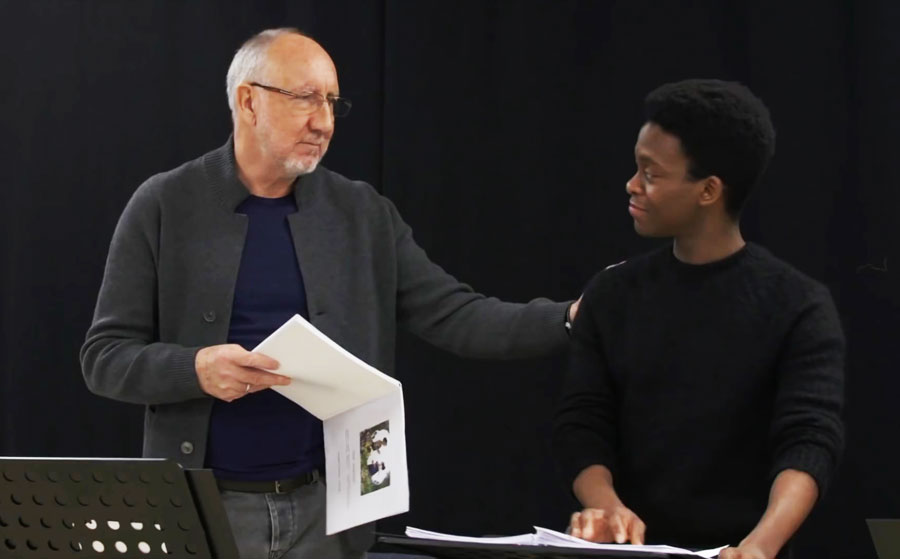 A couple of video trailers have been posted for The Seeker, a new musical composed by Rachel Fuller, and featuring Pete Townshend who will perform the role of the Ferryman. The project was inspired by the Herman Hesse book Siddhartha, which was the inspiration for a couple of songs that Pete wrote back in the 70's, The Seeker and The Ferryman, which are featured in the musical.

The trailers contain brief highlights of recent recording sessions for the upcoming album, and show clips from a workshop to develop the theatrical production.

Music for The Seeker was recorded by the Royal Philharmonic Orchestra and London Oriana Choir at Angel Studios in London last November. An album is expected to be released sometime in 2018.

Soon after the recording sessions, the actors/singers learned the script and practiced their roles at a workshop that was held in London last December. There are plans for live shows of the stage production following the release of the album.

Here is a video of the offical trailer.

Here are a few clips of Pete Townshend practicing his role as the Ferryman with Tyron Huntley playing the part of Siddhartha.