It appears that 2019 is shaping up to be a busy year for The Who! Their manager Bill Curbishley just announced that The Who plan to tour and record a new album this year. Bill broke the exciting news today in an interview with Shaun Keaveny on BBC Sounds, while promoting Seven Decades: The Story of Three Guitars that Changed the World, his new show that opens at the V&A in London on Friday, January 11 and runs through the weekend.

When asked about what is happening in The Who camp, Bill had this to say:

“We are going to work this year. We’re going to tour America, and we got plans to do some stuff in the UK. That’s going to be announced over the next couple of weeks. So that’s going on. We got some really good dates that we’re going to do. On the other front, we are going to do an album. Pete’s written some really great songs. He gave us some demos a couple of months ago, and I really think that of those, he gave me 12 demos, 8 of them I think are absolutely great for The Who. He’s still writing, and he’s got so much stuff. So I’m sure he’ll adapt some of that and we’ll get some more songs. So we want to do an album.”

“I got a script writer working at the moment on the script for a movie about Keith Moon. We talked to Roger about that for 20 years, but we’re finally there. We had a couple of scripts over the years, or he did, that didn’t really suit. But since I got involved with him, we went through a couple different script writers and we settled on a writer called Jeff Pope. [Casting] is a tough one, but I’m sort of really being fixed on it being an unknown, and finding another Phil Daniels.”

This is all excellent news! Hopefully an official announcement with more details will be released soon!

Rolling Stone have published an article with more details about the tour and album. The Who plan to do a symphonic tour of 29 dates in the US, using local orchestras. Tour dates haven’t been announced yet, but the first 14 shows will be on the East Coast in May, before hitting Canada and the West in September and October. The European tour plans are still being worked out.

The article also discussed a few details about the new material, which currently consists of 15 demos that Pete recorded last year at five studios around England. He hopes Roger Daltrey will record his vocals later this year for a 2019 release. Pete describes the songs as a mixture of “dark ballads, heavy rock stuff, experimental electronica, sampled stuff and cliched Who-ish tunes that began with a guitar that goes yanga-dang.” Pete stated he would only do the tour under one condition: “I said I was not going to sign any contracts unless we have new material. This has nothing to do with wanting a hit album. It has nothing to do with the fact that the Who need a new album. It’s purely personal. It’s about my pride, my sense of self-worth and self-dignity as a writer.”

Here are the tour dates for North America. Tickets go on sale to the general public on Friday January 18. 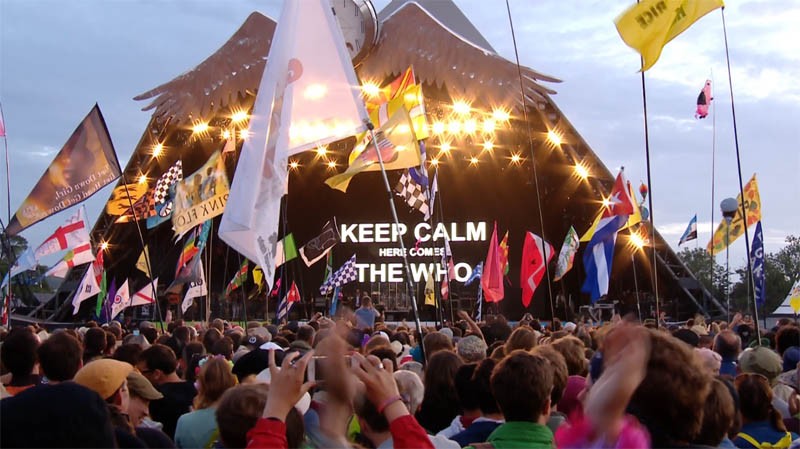