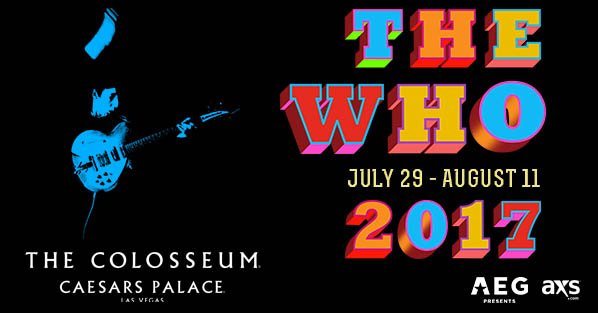 The Who announced today that they will launch their exclusive Las Vegas residency this summer at The Colosseum at Caesars Palace with 6 summer shows that are scheduled for July 29, Aug 1, 4, 7, 9, 11.  One of rock's most legendary and defining bands, The Who joins Elton John, Rod Stewart and Celine Dion as the first full rock band to take residency at The Colosseum since the venue opened in 2003.

Tickets will go on sale to the public beginning Friday, March 17 at noon PT. Tickets may be purchased in person at The Colosseum at Caesars Palace Box Office, by calling 866-320-9763 or online at axs.com.  All shows begin at 8 p.m. In addition, $1 from each ticket sold will benefit Teen Cancer America. Presale tickets will go on sale Tuesday March 14 at 10am PT.

In an interview with the Las Vegas Review-Journal, AEG Live Senior Vice President John Nelson said the original six shows are the first set of an extended engagement. “We have the six shows and we’ll go from there. They had such a good time at the Colosseum last year, the idea of them returning kind of sold itself. We are thrilled, obviously, to have them.”

The Who performed at the Colosseum at Caesars Palace to a sold out crowd of around 4,300 last May 29, 2016. To view the concert page for that show, and their Las Vegas residency shows that will be posted this summer, please visit The Who Tour page! 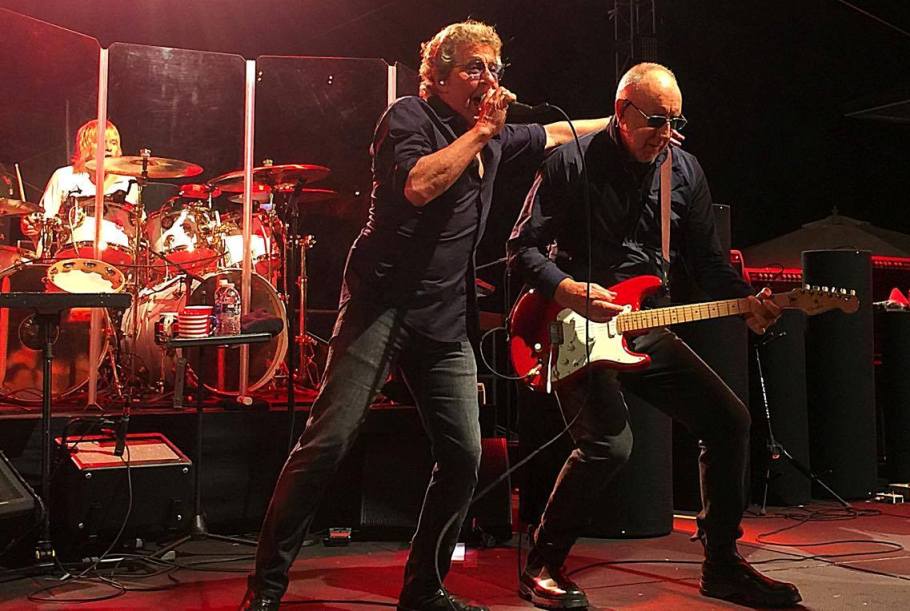