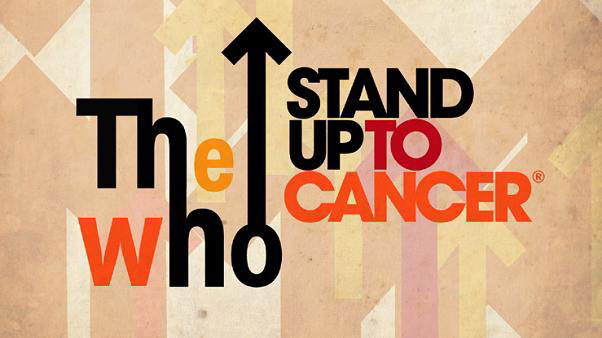 The Who will be performing on September 2nd at a special charity event in London to help raise money for cancer research. They will join top recording artists and celebrities from film and television in the Stand Up To Cancer telethon that will air September 5th. Multiple North American broadcast and cable networks as well as internet streaming services are donating one hour of simultaneous, commercial-free primetime for the nationally televised fundraising special, to be broadcast live from the Dolby Theatre in Los Angeles.

Stand Up To Cancer is a groundbreaking initiative created to accelerate innovative cancer research that will get new therapies to patients quickly and save lives now.

Read more about it at http://www.standup2cancer.org/

Updated: The Who played a medley of Baba O'Riley / See Me Feel Me / Listening to You three times for an audience of around 500 at Porchester Hall in London. Here is a video that was aired at the charity show, that ended up raising $109 million for cancer research.