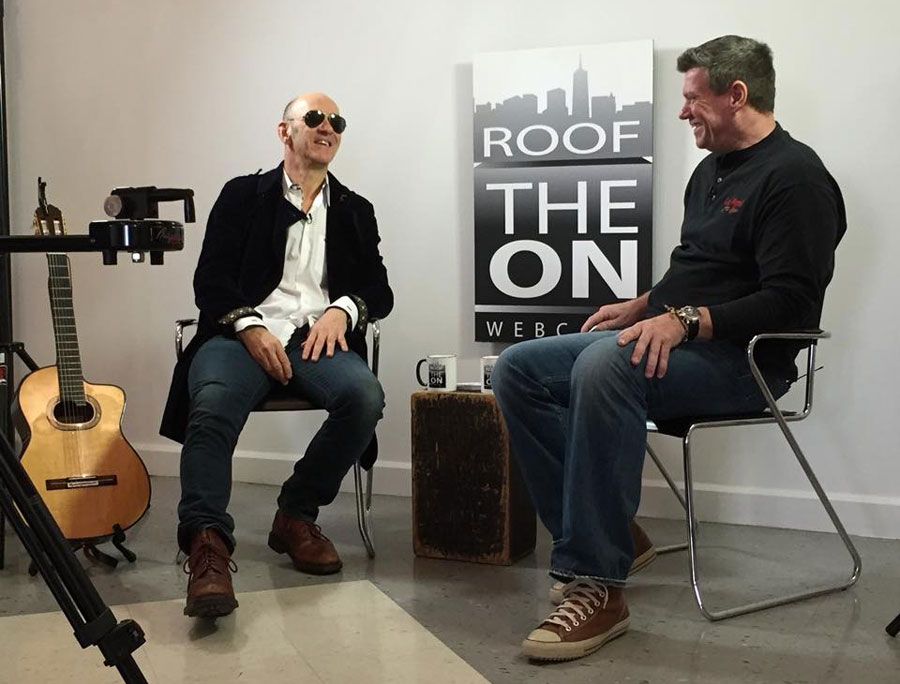 A couple years ago, Pete’s brother Simon Townshend sat down with Scott Phelan for an in-depth chat about a wide range of topics, including his musical family upbringing, working with Pete and The Who over the years, and his solo career. Simon also gave a stunning performance of his beautiful songs Mother and Still Love.

The interview was filmed in New York City on March 18, 2016 for the video webcast show ON THE ROOF, which Scott and Joel Naftleberg were kind enough to let us repost here. We hope you all enjoy it!

Here are a few words from Scott Phelan about the webcast:

“It was just fantastic spending time with the great Simon Townshend @ Paul O Colliton Studio in NYC for my webcast ON THE ROOF. Simon could not have been more gracious and generous. He’s a GEM!! It was filmed and recorded by Brian Brodeur and his great team @ ACIEM, and was arranged and made possible by Kathy Von Tassell & Joel Naftelberg. My gratitude to Joel, Kathy, Brian, Paul, and of course SIMON!