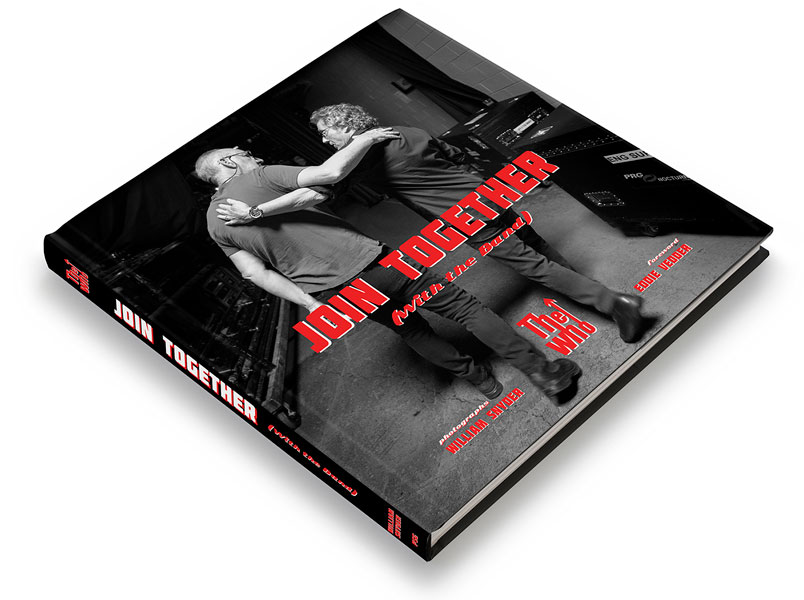 We are excited to announce that long time Who photographer William Snyder will be releasing “Join Together (With the Band)”, a book of photos that he has taken of Pete Townshend and The Who over the past few decades, and his personal story with the band. Eddie Vedder has written the forward, and 50% of all proceeds will benefit Teen Cancer America! The book is 12”x12”x1” and is approximately 180 pages, so it will fit right in next to your Who and Pete Townshend albums.

This looks like a beautiful collection, and is a must have for Pete Townshend and Who fans!

Pre-order the book from jointogetherwiththebook.com for $59.95 until May 19th (Pete's birthday!) and you’ll get an author signed copy, normally $119.95, as well as an unsigned print. Books will be delivered mid-August.

Congratulations to William Snyder, and many thanks to him for providing the following excerpts and photos from the book!

So, how does a young, budding photographer go from shooting his favorite band from high up in the cheap seats to photographing them backstage and, better yet, become a member that band’s “family”?

This book is about one young fan’s journey, about living that dream.

"Since that first show, the thing I’ve always tried to capture is the feeling you get when you’re at a Who show. I’m not interested in basic, good-looking, clean, safe, predictable photographs. I want what it feels like. I don’t always get it, but it’s my goal.” - William Snyder

Pete Townshend poses for a portrait outside the St. James Theatre in New York City on 9/8/93. 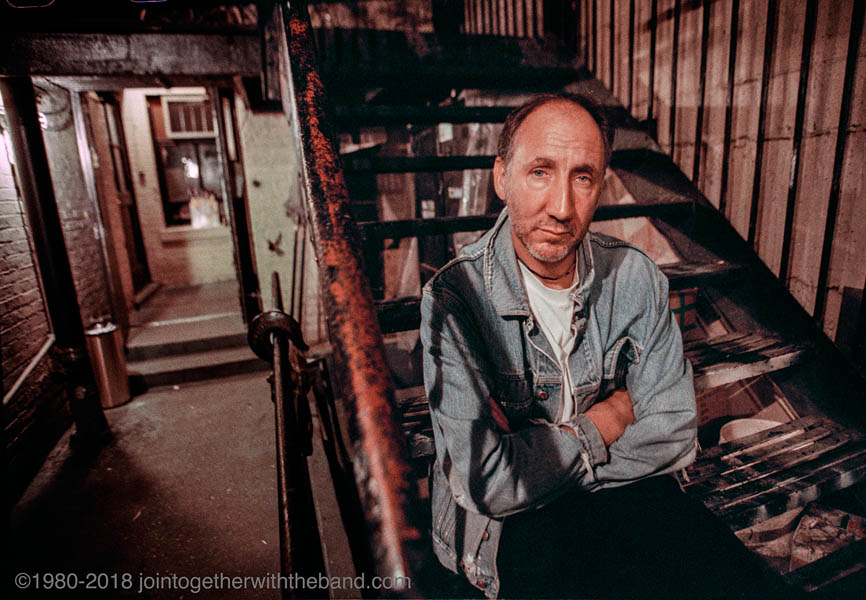 Pete Townshend excites the audience at The Hollywood Bowl in Los Angeles, CA on August 14, 2000 during the climax of “My Generation." 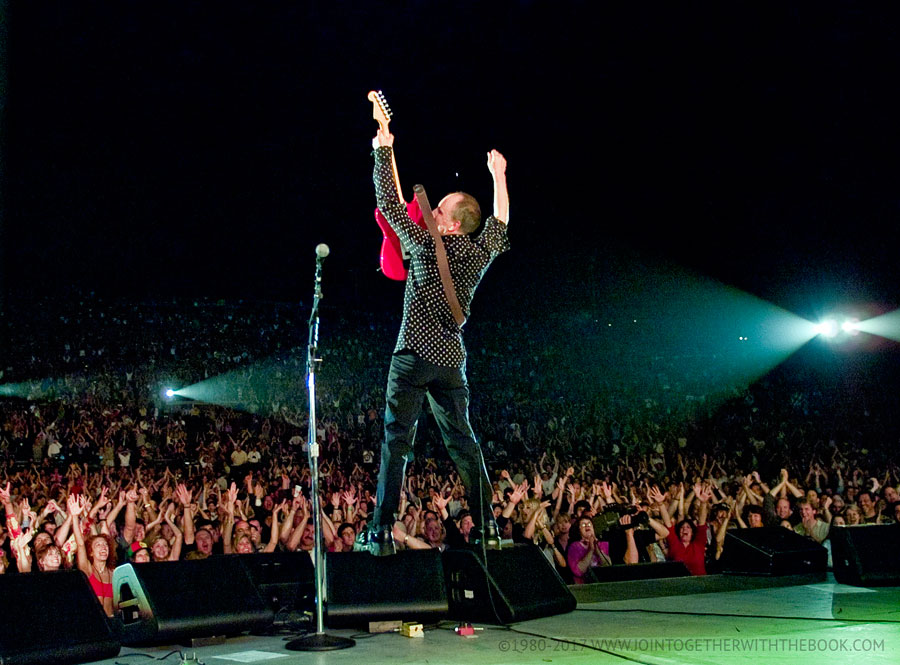 Roger Daltrey, stage sound engineer Bobby Pridden and Pete Townshend talk about The Who's setlist during the rehearsal/soundcheck before their show at The Hollywood Bowl in Los Angeles, CA on November 4, 2006. 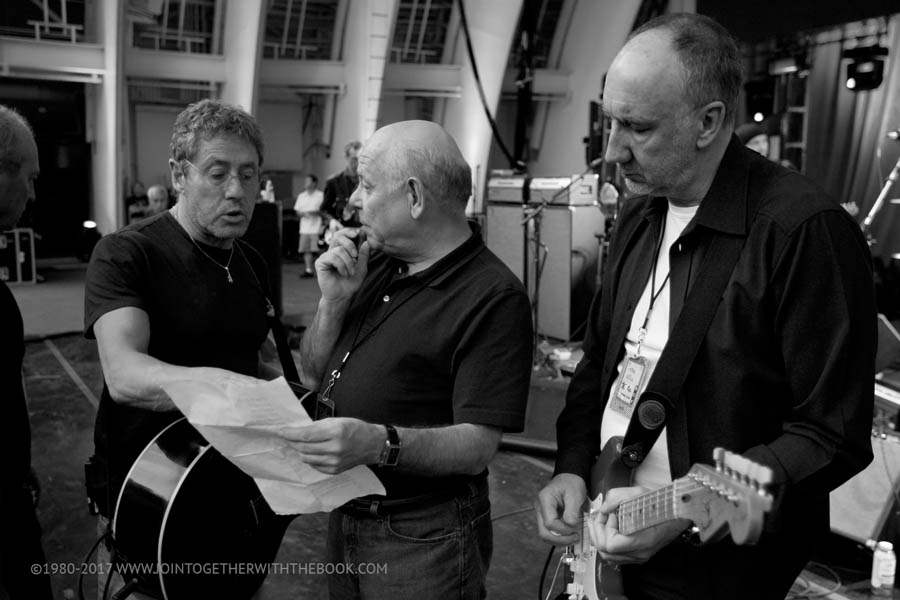 Pete Townshend checks out some new guitars in his dressing room before The Who perform at The Palace in Detroit, MI on June 27, 2000. 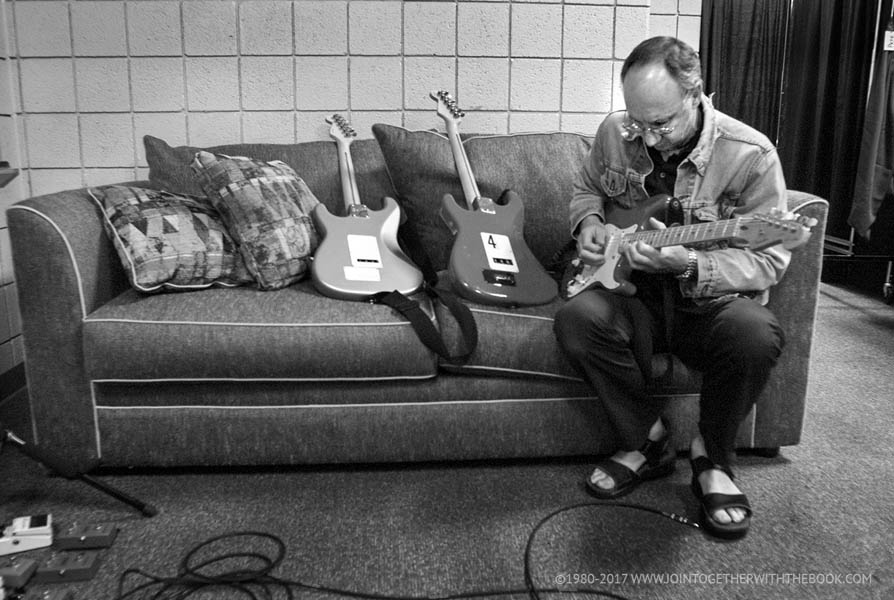 Pete Townshend exchanges guitars with his guitar tech Alan Rogan during The Who's performance at Cynthia Woods Mitchell Pavillion in The Woodlands, TX on August, 29, 2000. 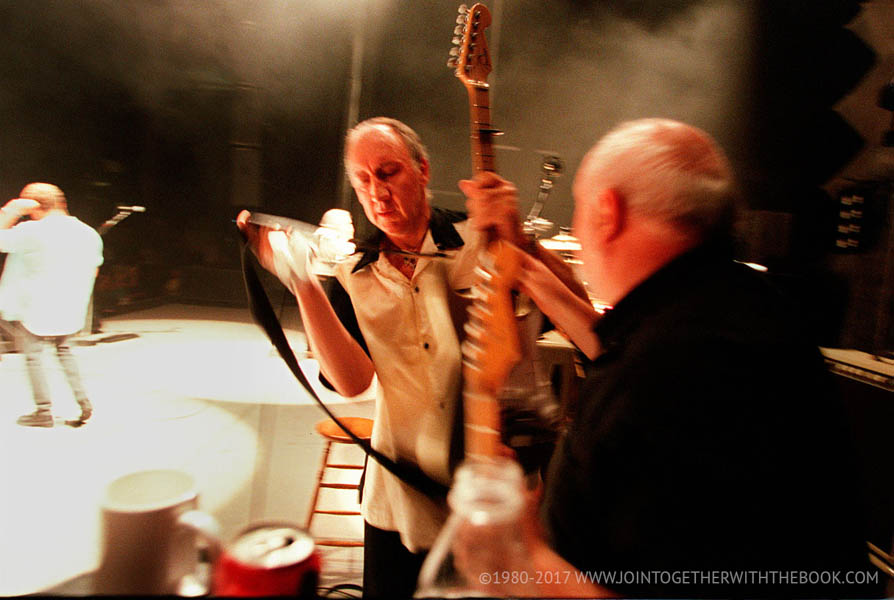 Pete Townshend and Jimmy Fallon have some fun posing for photos backstage after The Who's performance at Madison Square Garden on September 19, 2006. 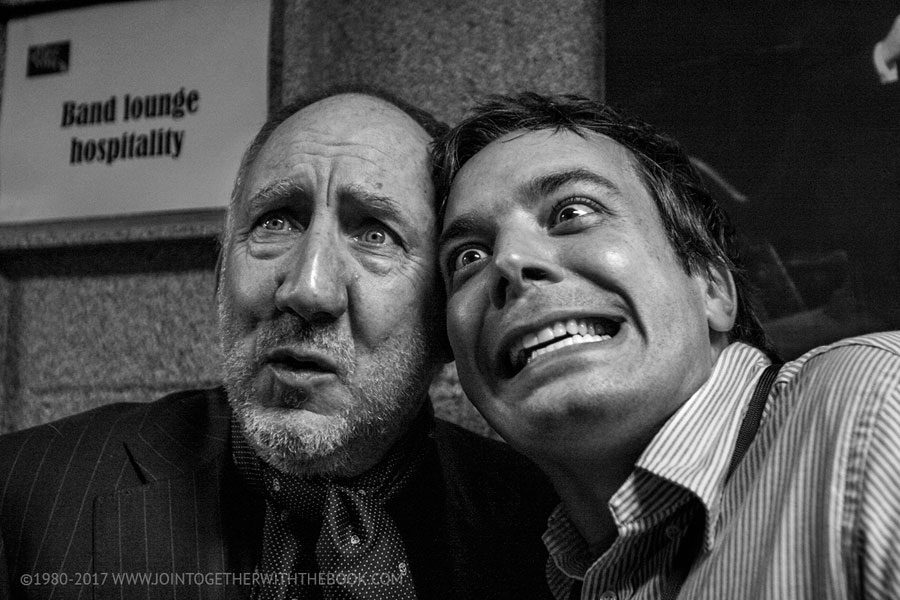