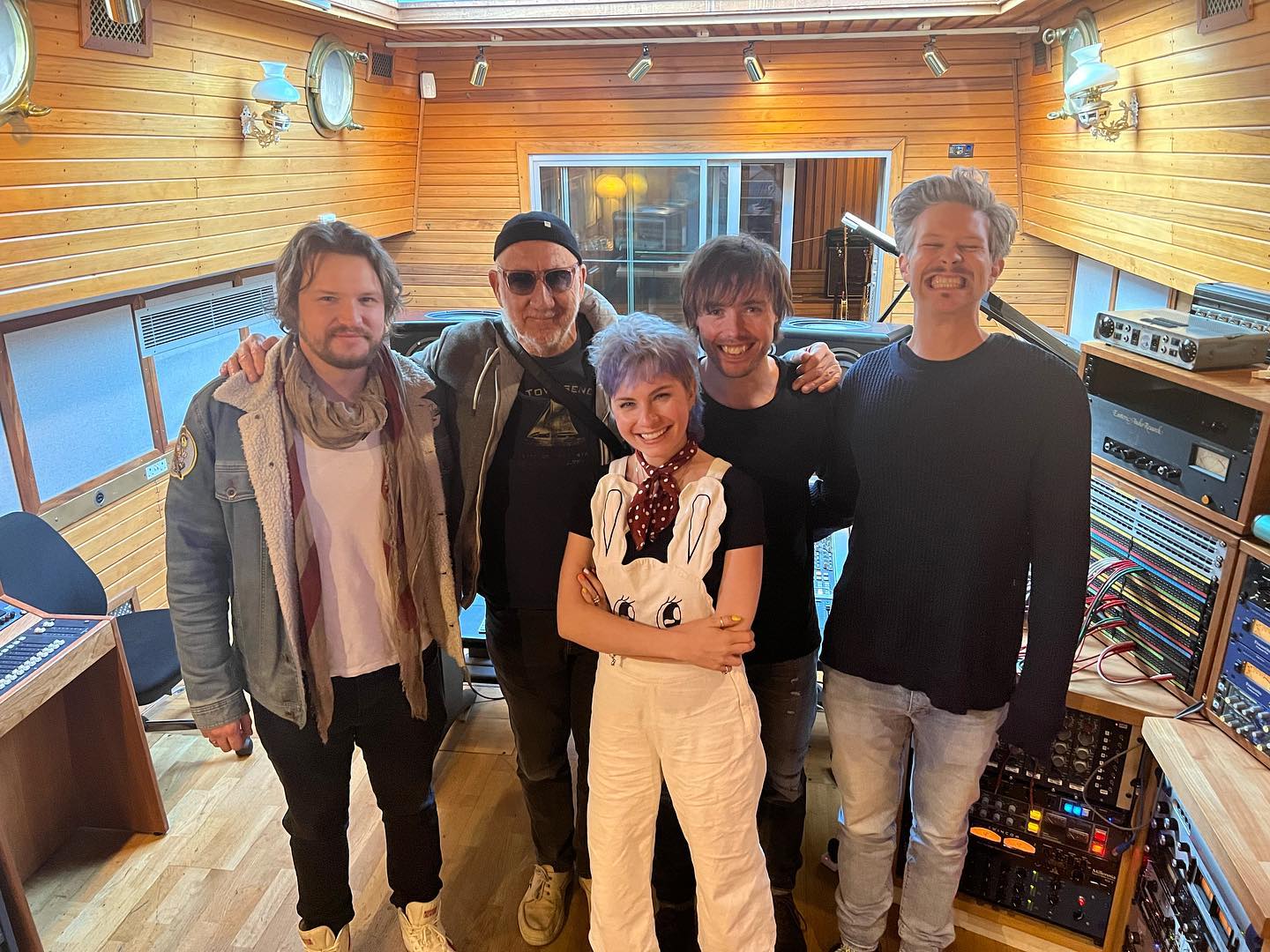 Pete Townshend has been working with a fabulous UK band called The Wild Things, who have just released a video of their smoking hot new single ‘Only Attraction’. Pete not only helped record and produce the track in his personal studios, but also plays 12-string guitar and Hammond organ on it!

‘Only Attraction’ is the first release from their upcoming album, which Pete has been producing on and off since 2019. The recording sessions have taken place at Eel Pie’s Upper Woody Studio near his home in the country, and Grand Cru Studio in London. Hopefully the whole album will be released later this year.

The Wild Things band members are Sydney Rae White on vocals, Rob Kendrick on guitar, Cameron White on bass, and Pete Wheeler on drums. This will be their second album, following their debut album 'You're Really Something' that was released in 2018.

This isn’t the first time Sydney and Rob have worked on a project that Pete was involved with. They both performed major roles in the 2009 UK stage production of Quadrophenia. The Wild Things were also slated to be the opening band for The Who's Las Vegas Spring 2020 residency that was unfortunately cancelled due to the pandemic.

We reached out to Sydney Rae White to find out more about The Wild Things and their work with Pete, and she was kind enough to answer a few questions for us!

Can you tell us a bit about The Wild Things? Did your work in the 2009 UK stage production of Quadrophenia inspire you to form a band?

The Wild Things was formed mostly by accident - myself (Syds) and my brother Cam were writing music together but sort of got stuck creatively. We roped Rob in for a giggle and the rest writes itself (our drummer Pete joined a little later). Quadrophenia helped bring us together musically, but the band was its own formed beast.

How did you come to work with Pete Townshend on this project?

Honestly, we were just cheeky and bold - we thought ‘fuck it’ and sent our music to him hoping he’d like it. He did, obviously. We just wanted a thumbs up from a rock God really, but when he offered to take us into the studio with him, we jumped at the opportunity. What a legend.

What was it like to record in Pete’s studios? Did you learn any new recording techniques from him?

It was as insane and mind blowing as you can imagine. We’ve all worked in many studios for years, but to work and live in this environment completely moved us outside of our creative comfort zones, something that we hadn’t realised we’d needed. Cam is a producer so working alongside Pete in that field was invaluable for him.

The instrumentation, vocals and production sound amazing on 'Only Attraction'. How much creative collaboration was there with Pete during the recording sessions? Did he provide much input to help shape the sound?

We had entered the studio with what we thought were a few totally finished songs, but quickly Pete broke them down with us to their bare bones, helping us find sounds and make changes we didn't even know we were after. It’s fascinating to listen to the demos vs the final tracks now.

What instruments did Pete play on this track, and others that were recorded during these sessions? Did he do any backup vocals?

Pete added some instruments that really filled out the sound, and we did some vocals together. Duetting with him was probably my personal highlight. On 'Only Attraction', Pete definitely recorded Hammond organ and 12 string - the rest was us.

How many sessions did you do with him? Is your work with Pete complete, or are future sessions planned?

During our first session we stayed at his studio for around a week, but there have been others since. And there will be more in the future - I can’t imagine our work with Pete ever being ‘done’ in the conventional sense.

How many tracks did Pete produce? Are you planning to record a whole album with him?

We were lucky enough to do our whole album with him!

We are excited to hear more new tunes from The Wild Things. Can you tell us when more tracks are coming out?

Our new album will be out later this year, alongside some extremely exciting projects… But they’re a secret right now.

Many thanks to Syds for providing the interview and photos!

To learn more about The Wild Things, please visit thewildthingsband.com.

The song sounds fantastic, so be sure to check out the new video! 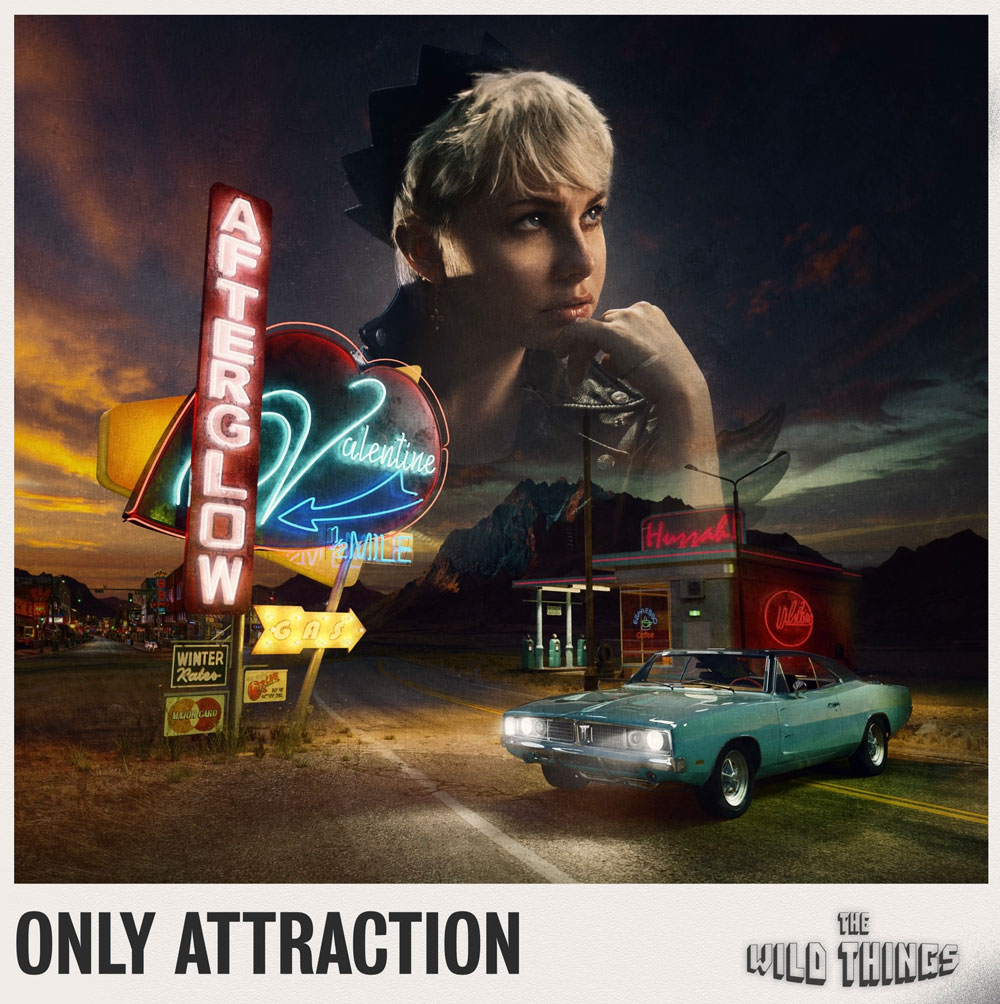