The Who have announced spring and autumn concert dates in the US and Canada!

The tour they are calling “The Who Hits Back” kicks off in Florida on April 22, and wraps up in Las Vegas on November 5. Tickets go on sale to the general public on Friday, February 11.

Pete Townshend and Roger Daltrey will be supported by their usual line-up of stellar musicians, with Simon Townshend on guitar, Zak Starkey on drums, Jon Button on bass, Billy Nicholls on backing vocals, Loren Gold on keyboards, and an additional keyboardist Emily Marshall. Like the 2019 Moving On tour, the shows will feature local orchestras conducted by Keith Levenson, with Katie Jacoby on violin and Audrey Snyder on cello.

Highlight dates on the tour include an outdoor show at Bethel Woods, located at the site of the 1969 Woodstock festival, the New Orleans Jazz Festival, and also the long awaited return to Cincinatti, where The Who will play for the first time since the 1979 tragedy.

Many of the shows this tour were originally scheduled for Spring 2020, which had to be cancelled due to the pandemic. Some of the shows were scheduled even earlier, postponed from 2019 when Roger suffered from a bronchial illness.

The last show The Who played in the US was at a private charity show to benefit Teen Cancer America near Los Angeles, which took place at the end of the Moving On tour in late October 2019. They later performed a series of short intimate acoustic shows at a nightclub in London mid February 2020, right before the pandemic hit. The Who had a UK tour scheduled for March 2020, which had to be postponed to March 2021, then ultimately cancelled due to the ongoing health restrictions.

No official word yet of when The Who's UK tour will be rescheduled, but in recent comments on Instagram and Rolling Stone, Pete indicated that The Who will perform at the Royal Albert Hall Teenage Cancer Trust charity show in March 2022, and plan to tour the UK in 2023. Roger Daltrey will perform his postponed UK solo tour this summer, between The Who's spring and autumn dates.

Here is The Who Hits Back tour schedule. 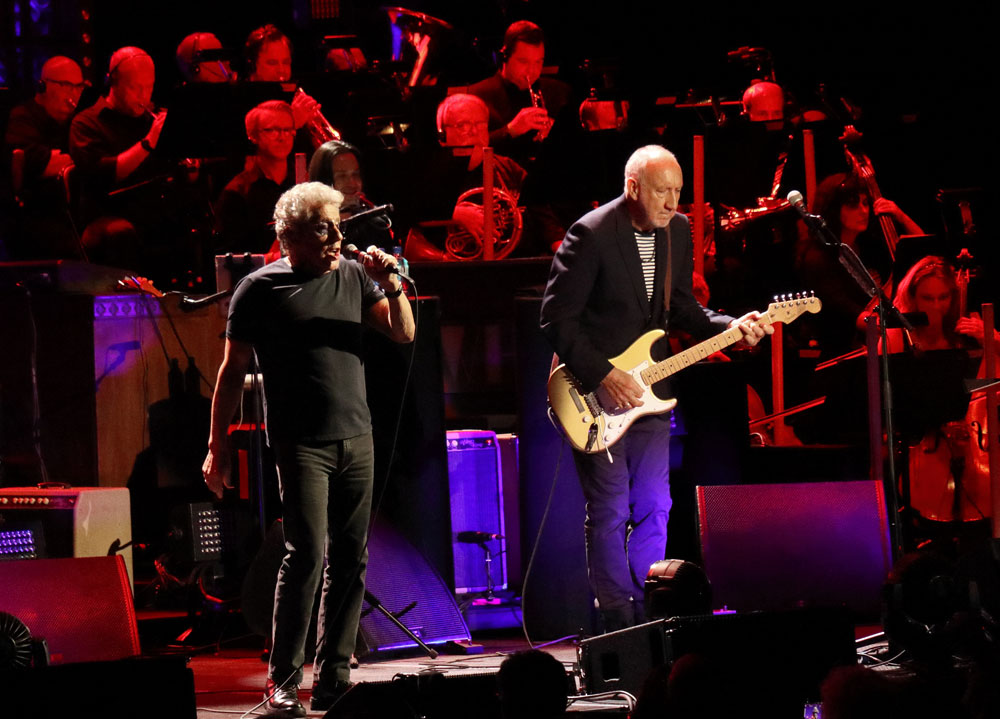 The Who performing in Atlanta during 2019 Moving On tour. Photo credit: John Davisson.