Pete Townshend has announced that he will be acting and singing in The Seeker, taking on the role of the Ferryman in a brand new theatrical production with music and lyrics composed by Rachel Fuller and a story written by playwright Jesse Cameron Alick. Pete will also be featured on The Seeker album recorded by The Royal Philharmonic Orchestra, which will be released in 2018.

This is very exciting news! We wish Pete and Rachel the best of luck with this new production!

I am delighted to be able to have this opportunity to perform an acting and singing role in The Seeker. The play includes a few songs from me, one I wrote for the Ferryman (the role I am taking on) back in 1976, so the role seems a good fit. I’m not known for my acting, and I have always said I can’t do it – but recently I realised that I have been acting all my life, pretending to love being on stage in a rock band. At various stages of my career with the Who I have appeared happy, joyful, miserable, bored, in the zone, out of the zone, up my own arse and five feet up in the air……..none of these states has ever reflected what I have really been feeling at the time. I have been doing my job as a musician (which comes naturally to me) and acting whatever part I think needs to be put over at the time. So I’m hoping I can do justice to the role of the Ferryman. Basically he is an old bloke with a boat, so I qualify pretty well as someone with more things that float than guitars.

There is a new website for The Seeker at theseekermusical.com, with lots of great information about the production. No dates have been announced yet, so keep an eye on this site as more news gets added. 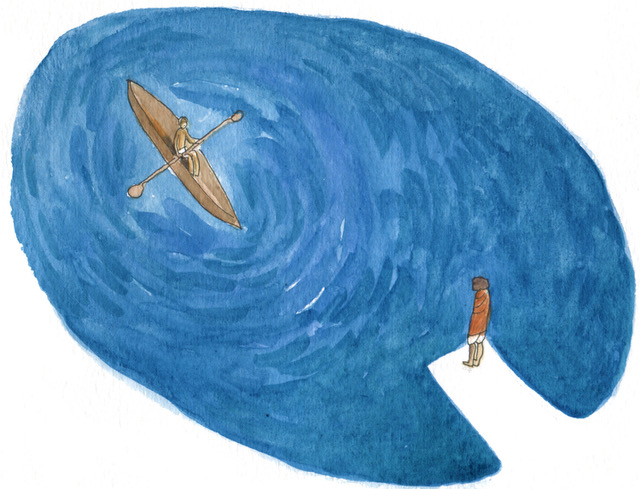 Here is the description of what the production is all about.

Inspired by the iconic book, Siddhartha by Herman Hesse, THE SEEKER is a tale of human passion and spiritual awakening. Set between a vivid dual landscape of ancient India and modern New York, THE SEEKER is brought to the theatre by an outstanding creative team from opera, theatre and rock music. Touring in 2018, THE SEEKER will seduce audiences with its sweeping melodic lines, its rich orchestration and timeless themes of love, loss and a deep search for meaning in a troubled world.

Here are musical extracts from The Seeker, which includes Alfie Boe, who recently performed with Pete Townshend on the Classic Quadrophenia tour, also orchestrated by Rachel Fuller. Three of the songs were written by Pete: Bargain, The Seeker, and The Ferryman.