Pete Townshend has donated his blue boiler suit and long beige linen ‘kimono’ coat, which will be auctioned off at the MusiCares Charity Relief Auction. The charity event is presented by Julien’s Auctions, and will take place live in Beverly Hills and online on Sunday, January 31st at 1:00 PM Pacific Time. You can bid early at the auction page at juliensauctions.com.

Proceeds will benefit MusiCares, the leading music industry charity, to provide aid to music people devastated by COVID-19. MusiCares provides a support system of health and human services across a spectrum of need including physical and mental health, addiction recovery, unforeseen personal emergencies and disaster relief.

Pete wore the stage clothing during The Who’s 2019 Moving On tour at Wembley on July 6th, Alpine Valley on September 8th, Jones Beach on September 15th, and the Hollywood Bowl on October 24th. He also wore a red boiler suit at the US stadium gigs in Boston and Seattle. Pete brought back this classic workman's garb as a nod to his iconic white boiler suit that he wore on the The Who's tour to promote Tommy in 1969 and 1970, including the Woodstock and Isle of Wight festivals, and was also featured on the cover of his 1972 solo album Who Came First.

To view fan photos and videos of Pete and his blue boiler suit in action, please visit our Moving On tour concert pages.

Here is a great selection of photos from those shows. Many thanks to everyone who contributed! 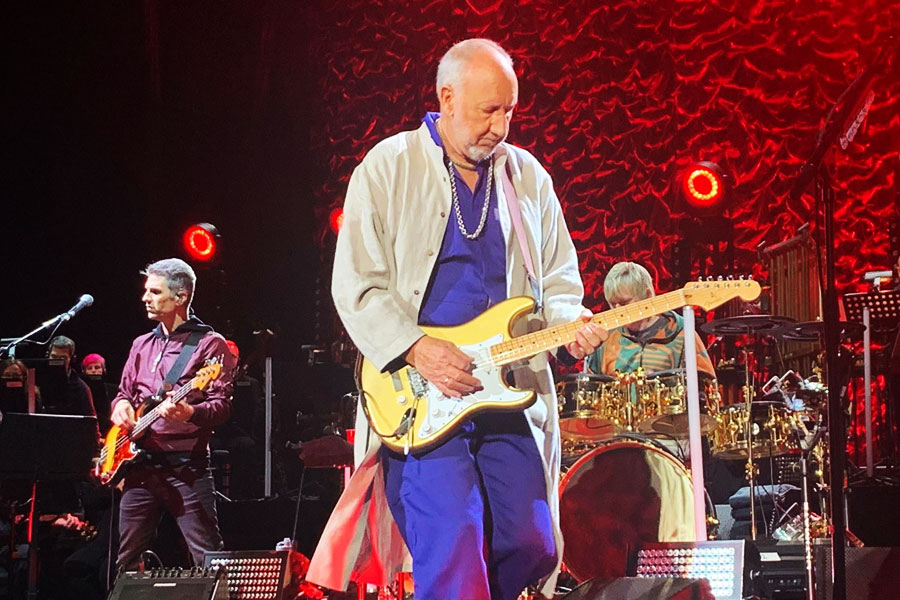 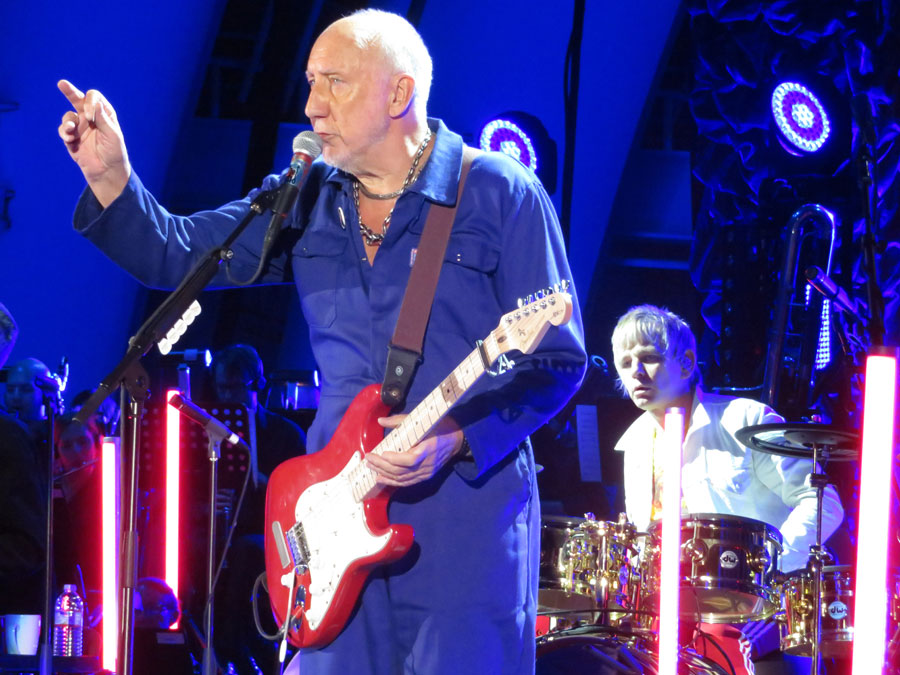 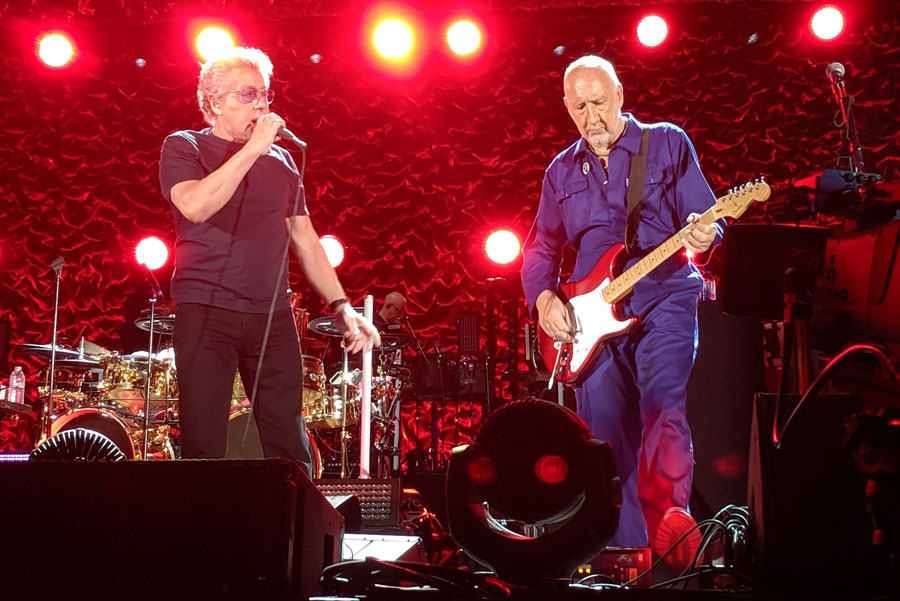 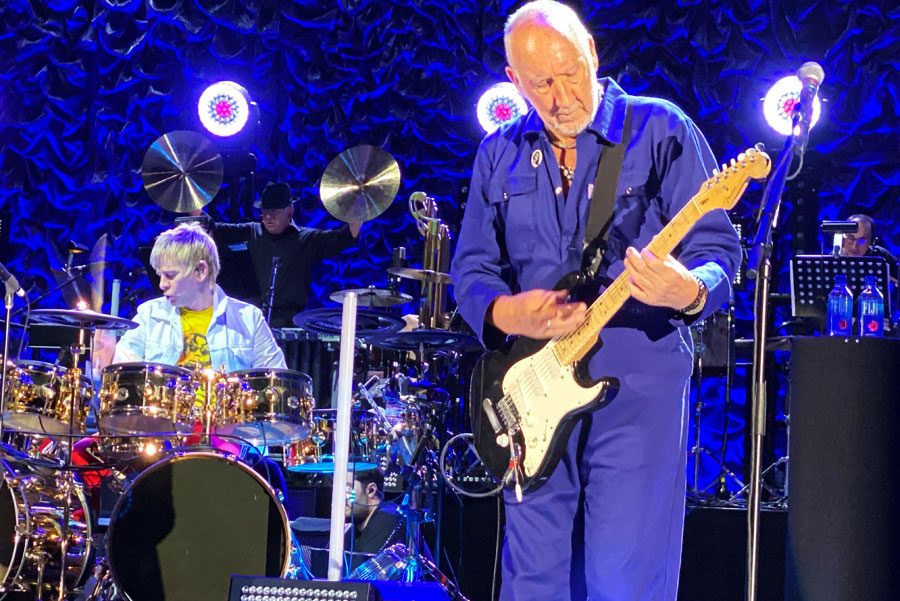 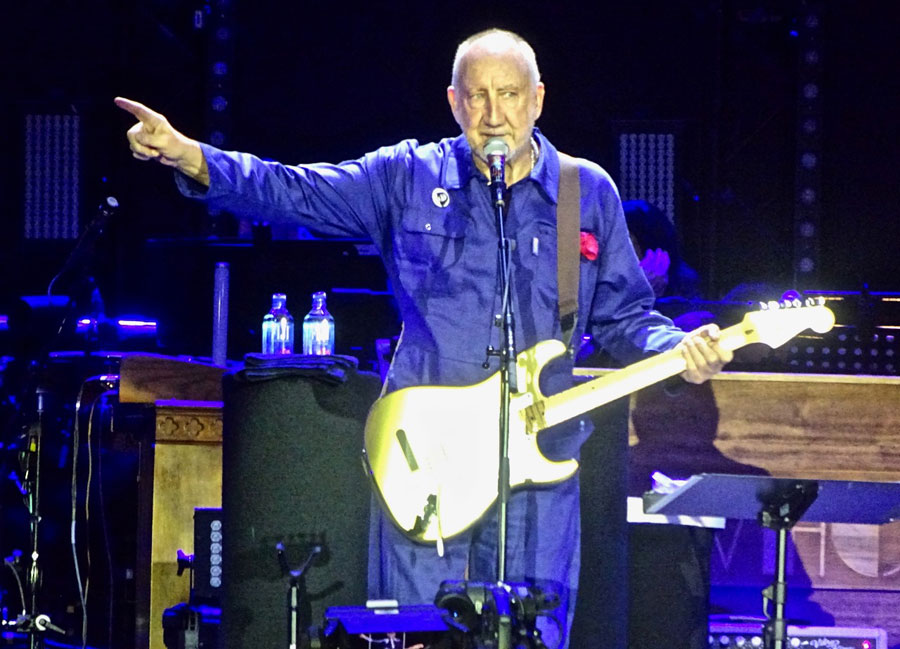 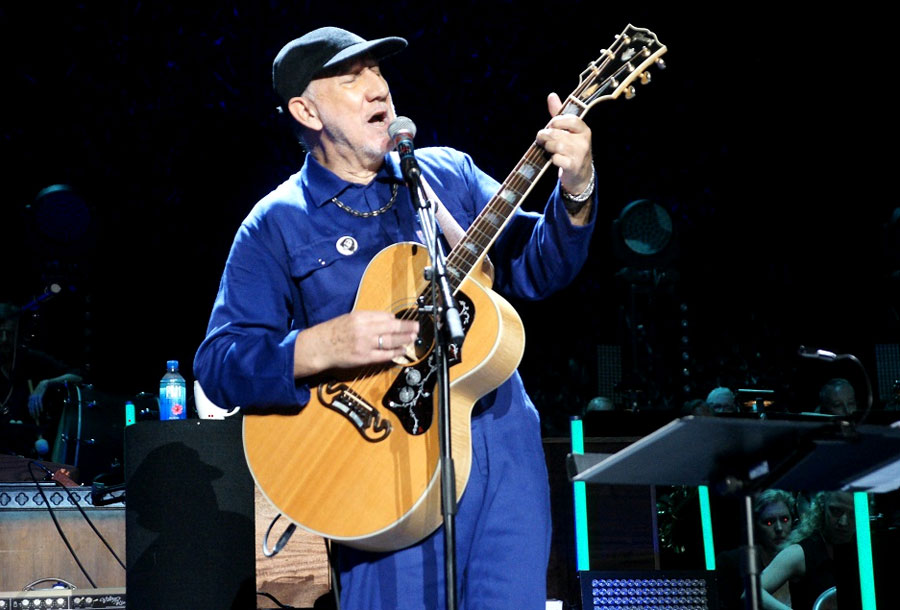 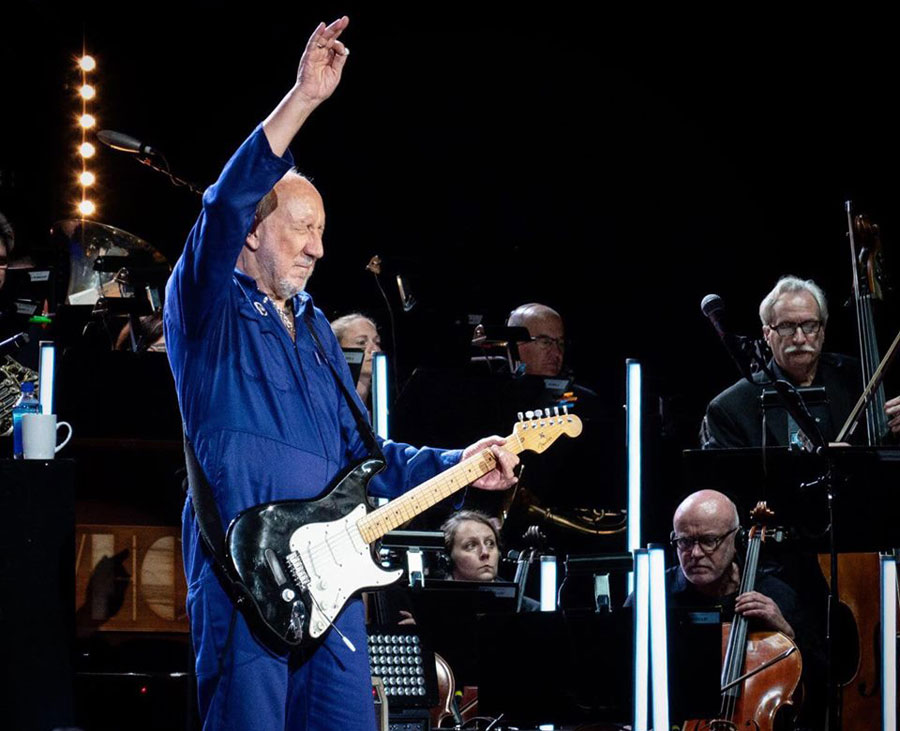 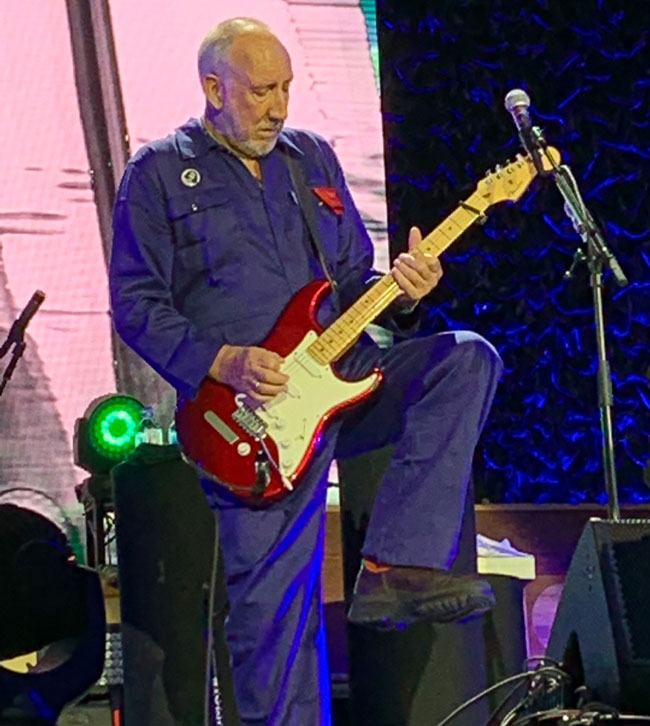 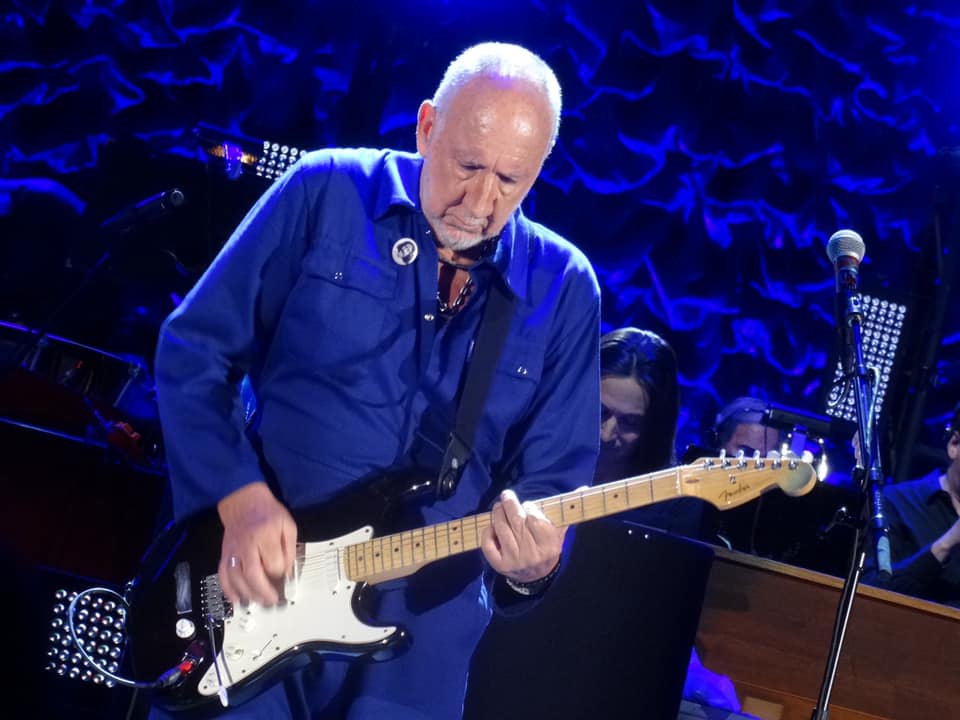 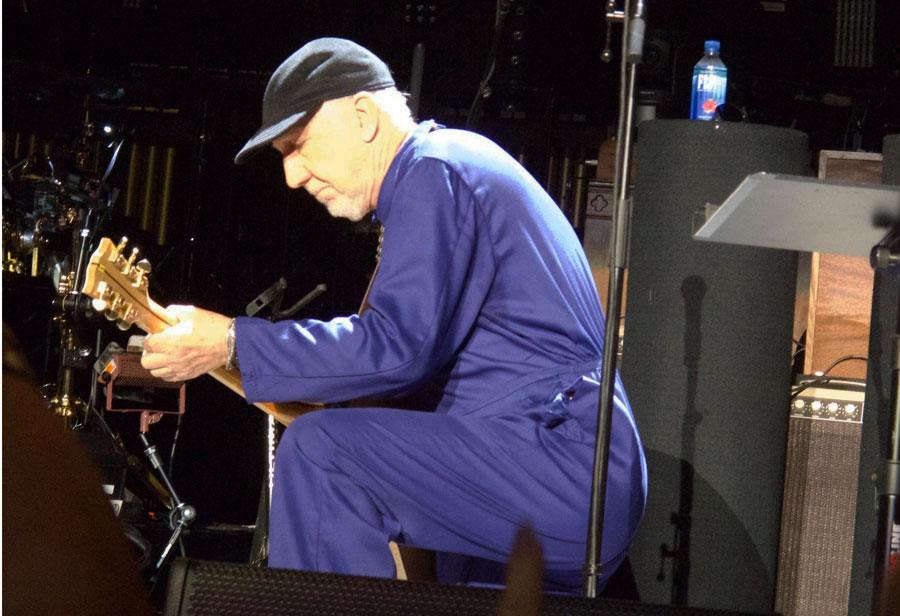 Here is the description and display of the auction items.

A dark bluish-purple boiler suit and a khaki linen long-sleeved caftan worn by Pete Townshend while performing at the at The Who’s show at Wembley Stadium on July 6th 2019, and at the Hollywood Bowl in Los Angeles on October 24, 2019. The boiler suit has a Click Workwear label, size 54 (EU) and the caftan has a Arkitaip label, size S/M. 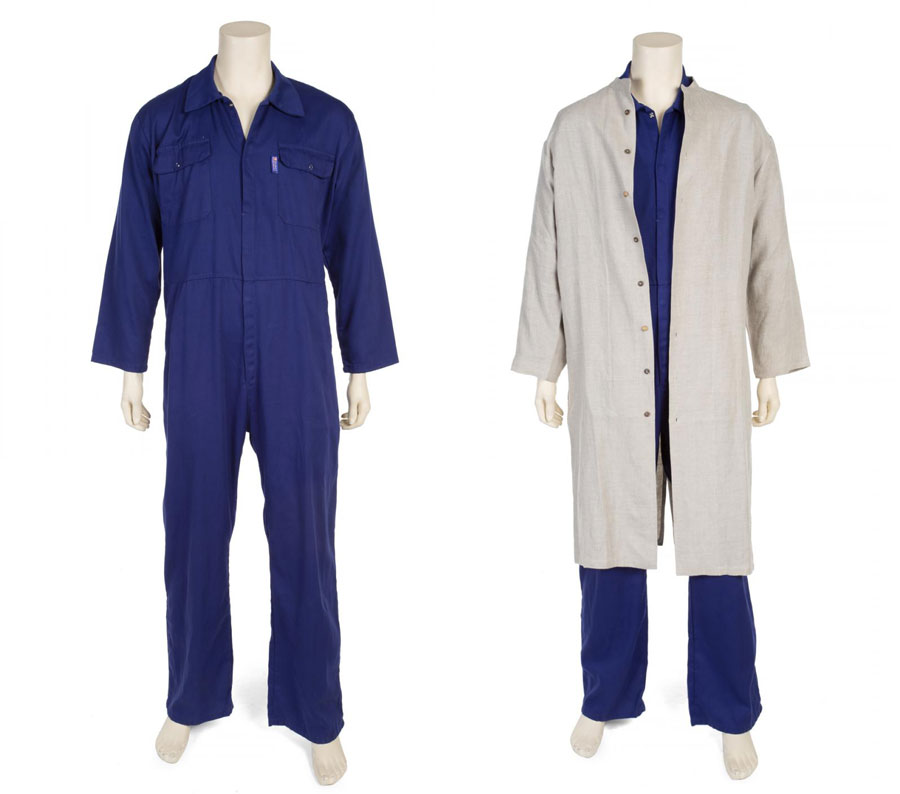