The Who have announced that they will headline a benefit concert to support Teenage Cancer Trust on March 25, 2022 at the Royal Albert Hall in London.

Pete Townshend and Roger Daltrey will perform an acoustic set with the backing band that they used at the last shows they performed in 2020 at the Pryzm nightclub in Kingston London, with additional members of Slim Chance to fill out the sound. The band will feature Simon Townshend (guitar), Phil Spalding (bass), Jody Linscott (percussion), Billy Nicholls (backing vocals), Geraint Watkins (keyboard), Charlie Hart (fiddle), and Andy Cutting (melodeon). It will be interesting to hear the new arrangements of The Who's songs performed with this folk rock lineup of musicians!

The opening band will be the Wild Things, who have been recording with Pete in the studio recently. He is producing their new album, and plays guitar and Hammond organ on their new single “Only Attraction” that was released last month. Pete has also worked with Slim Chance, providing guitar and backing vocals on “Traveller’s Joy”, a fantastic song inspired by Ronnie Lane that was written by Billy Nicholls and released by Slim Chance last year on their album The Phoenix Tapes.

The show will be part of Teenage Cancer Trusts annual week long series of events that have been held at the Royal Albert Hall since 2000 to help raise money for specialist teen cancer wards. The Who were slated to perform there the past couple years, but the events were cancelled due to the pandemic. In addition to The Who, the line-up of acts include Liam Gallagher, Ed Sheeran, Madness, and others.

Tickets to the Teenage Cancer Trust concert series will go on sale February 25.

For more information about the charity and purchasing tickets, please visit teenagecancertrust.org. 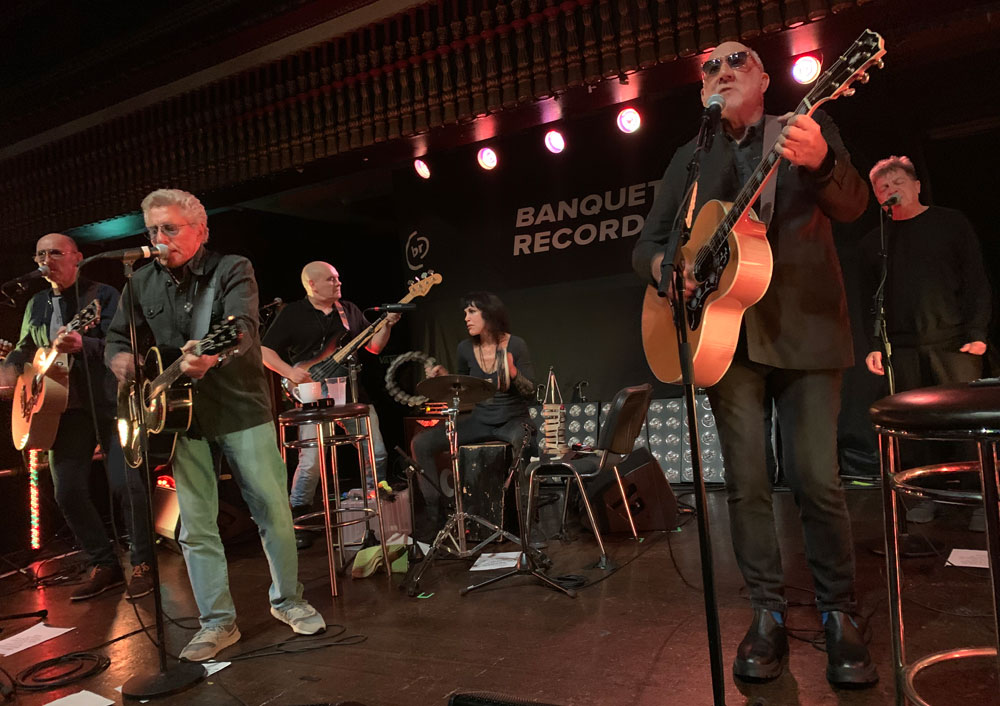 The Who perform acoustic show at the Pryzm in Kingston, London, February 14, 2020. Photo credit: Horace Austin 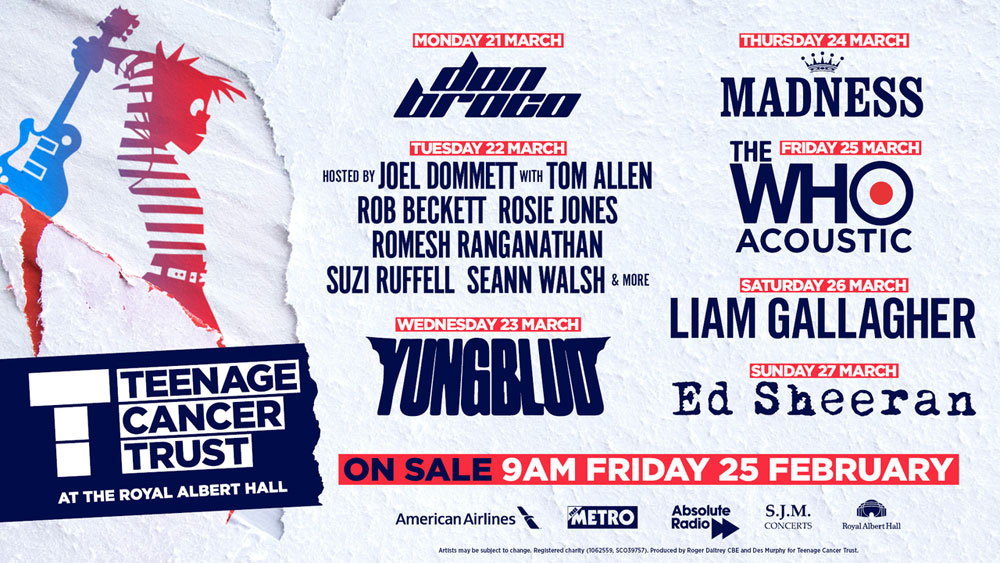