There is an extensive new interview with Pete Townshend that was conducted by Andy Greene for Rolling Stone. The focus of the interview was on the Who’s upcoming North American tour, but as usual, Pete covered a wide and varied range of topics, including updates and details about the various projects he has been working on lately.

It’s a really fantastic interview! Be sure to check it out at Rollingstone.com.

Here are a few excerpts from the interview about Pete’s recent work projects:

The Age of Anxiety

I’ve been doing lots of interesting stuff. A lot of it is in development, so I can’t really talk about it. But I’ve been very, very busy. Some of it has been writing for myself, for a solo project which isn’t exactly a solo album. It’s music for the art installation of [my novel] The Age of Anxiety, which I’ve talked about a bit on Instagram. That is taking a long time since, for me, it has to be right, and it has to be good, but it’s new to me. It’s all new to me. It’s the life that I should have led had I not been in the Who and came out of art college in 1966 and pursed a career as an artist.

I think I need to finish The Age of Anxiety … My original idea was the novel would come out, I’d put out an album, and then I’d do an art installation. What actually happened was I put the novel out, and then the pandemic hit and there was no question of putting an album out. There’s been a big gap between the publication of the novel and the possibility of putting out an album of music. And so I need to find a new bridge, in a sense, and I’m still thinking that through, getting advice from various people.

I don’t think, at the moment, I need to do [a Pete Townshend solo record]. I’m not really interested in making another solo album in order to prove I can still write songs or prove I still have something relevant to say. I suppose I can talk if I want to, or do interviews, or write books or essays. I think where I find myself really valuable is working with new musicians.

I’ve been enjoying working with other musicians, and we’ve been doing that work in my studios. I’ve got two studios in the U.K. I’ve kept myself busy musically.

I’ve been working with another artist called Reg Meuross, who is a folk artist in the U.K. He and I are working on a podcast about Woody Guthrie called Fire and Dust — a song cycle and a podcast.

I’ve been working with a very interesting group called the Bookshop Band. They write songs about novels and fictional books. They’ve done a couple tours of America playing bookshops.

I’ve been supporting my wife [Rachel Fuller] too. She’s been fuckin’ gung-ho with creative work. She’s still battling with her solo project [a musical based on Herman Hesse’s Siddhartha], which was The Siddhartha Project. It’s now called The Seeker: Based on the Life of Siddhartha. It should have come out in 2019 and the pandemic stopped it. She’s working on a number of other projects, which are all fabulous, and I’m assisting in whichever way I can.

Rachel suddenly decided with her Siddhartha project that she needed a narrator. Our friend Des McAnuff, who was the director and co-writer with me on the Broadway Tommy, was doing a version of Faust with Christopher Plummer. He said, “Chris Plummer might be keen to do this. He might do it for you.” Rachel sent him the music. He fuckin’ loved it and said, “Yes, I’ll do it.” And he walked into the studio with her and spent two hours and just narrated the stuff that she’d written. He helped her with a few lines that weren’t quite right. I’d done the demo, by the way. The difference between my demo and his was really the difference in age, the difference in experience, the difference in craft. It’s a masterpiece. It’s the last thing he did, sadly, since he didn’t live long enough to do Faust. He’d learned all the lines, apparently.

I’ve just done the score for Robin Robin, which is an animated film [by Aardman Animations]. I think it’s up for a couple of awards. Their work is just fabulous.

Essentially, in the past month, two months, I’ve been working on a charity project for Teen Cancer America, which will be announced in a couple of weeks. That’s hopefully going to produce a big chunk of money for them, and possibly a podcast and some … not new music, but old music that’s been re-recorded.

I’m also hoping to work with students at the university I went to when I was a kid. I was given an honorary professorship at my old college, and I feel at 77 years old, which I’ll be this year, it might be time for me to really knuckle down. I did a chat. It was a group of people doing a thesis about Quadrophenia. The director of the class said, “Will you come in, Pete, and just sit with these 10 guys and tell them about the Mod movement?” I sat and started to talk about the Mod movement with these guys, and one of them came up to me and said, “That was just fuckin’ unbelievable.” I thought, “All I was doing was talking about what happened.”

Thoughts on working at age 80

Eighty is a strange number. I didn’t expect … To be absolutely brutal, I don’t deserve to be alive today. I have not been a perfect man. I think what I have done in the past 20 or 30 years was probably much more useful to society than anything I did as a young musician. I know I can continue to do good work in society as someone involved in public service and education and all those things. If that sounds pompous, then fuck you. It’s the truth. It’s a “fuck you” truth that I have to accept about myself. 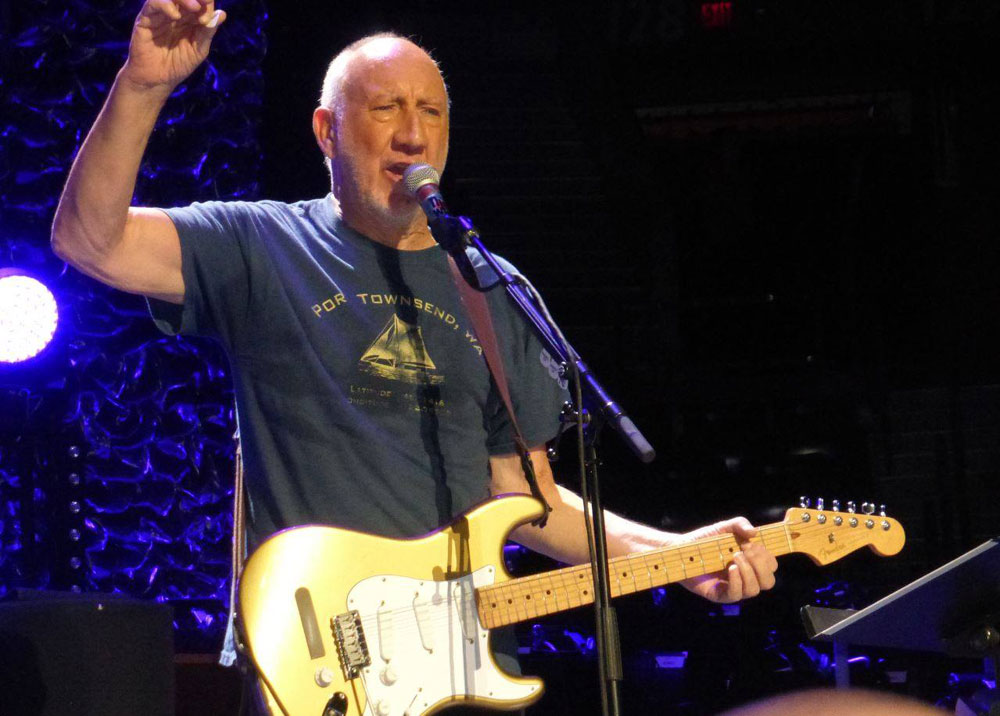